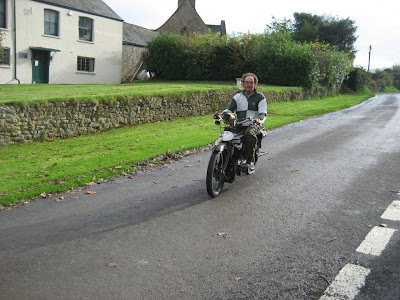 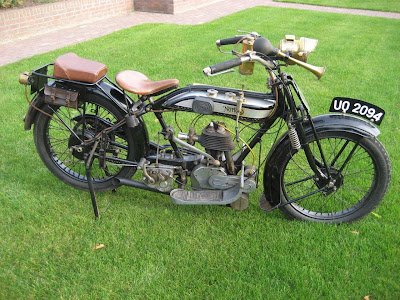 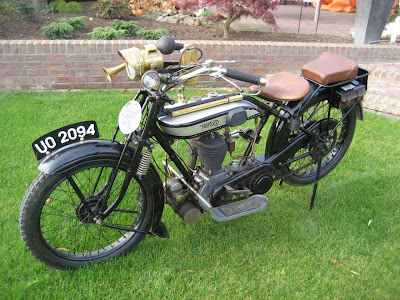 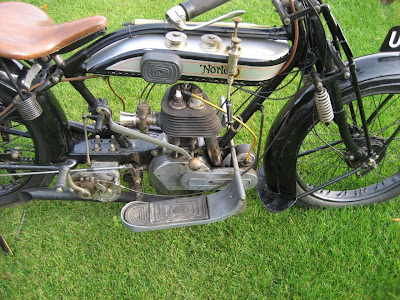 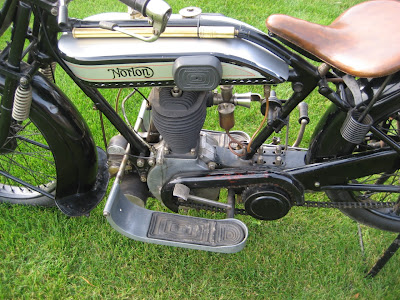 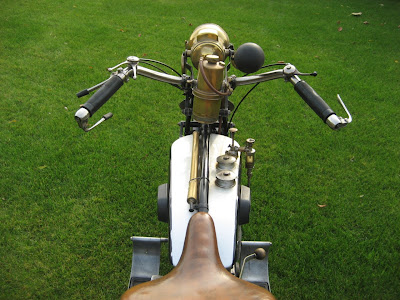 Bert from Limburg sent me pics of the 1925 Model 2 Norton that he has just bought from George Cohen (that's George riding the Model 2, not Bert).

The Model 2 may be considered as a 16H with touring handlebars, balloon tyres and footboards. It was probably aimed at customers who liked to sit back and relax while the sportier gents would buy a 16H. A comparable model in the range was the 633cc "Big Four", often hitched to a sidecar. Still another model was the 17c "Colonial" which also resembled the 16H but which had a larger fuel tank and more ground clearance. The M2 looks somewhat outdated for 1925 with the combined oil/petrol tank, lack of automatic oilpump and the Druid forks.

The drawing above was taken from my 1925 Norton factory brochure. All in all, Bert's bike looks very much in original trim to me; a few differences compared to the brochure are the valanced mudguards and the drum rear brake of Bert's bike. Both items were fitted to other bikes in the 1925 range and may have been ordered from the factory when this M2 was aquired new. Or Bert's M2 may have been produced late in 1925 as the 1926 M2 models did have a drum rear break.