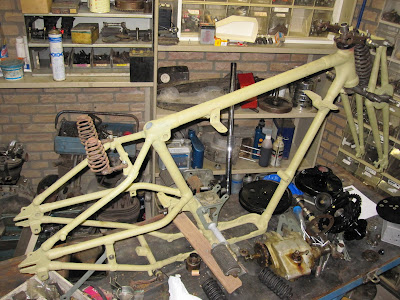 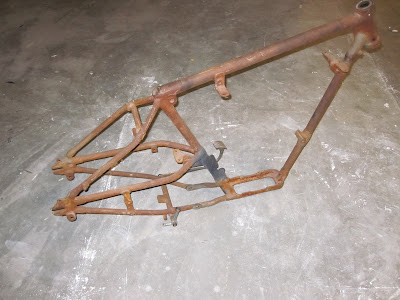 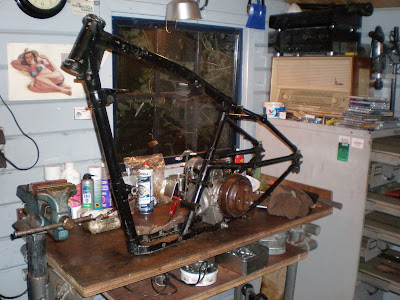 -JdK- At the end of the flat tank era, Walter Moore not only designed an OHC engine; he also designed the first cradle frame to be used by Norton. All of these used the Royal Enfield rear hub.

From top to bottom: