Overdue filing and a discovery! 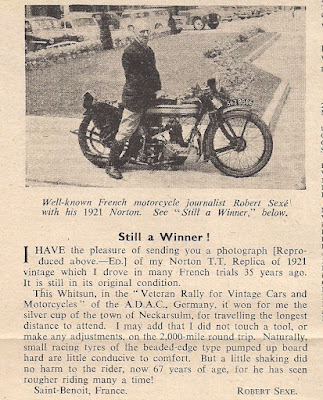 -SG- I am slowly finding a home for magazine cuttings etc gathered over the last three years. One of the cuttings, from Motor Cycling in 1957, above, shows a letter and photo of a noted French Norton rider from the early twenties called Robert Sexé and this I was going to place in Bob Holliday's book 'The Unapproachable Norton' - which includes a period photo of Robert. 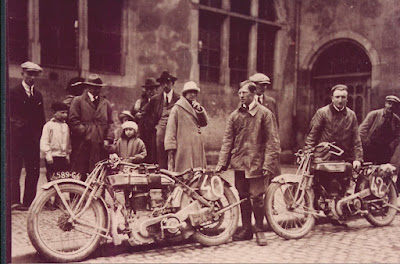 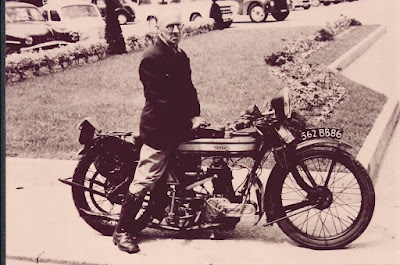 I was pleased to find, filed in the same part of the book, three excellent prints of Robert, sent to me in 1990 by a gentleman in France called Schulz.  Two are from 1923 and one (bottom, the same as in the press cutting) probably from the fifties.  Mr Schulz told me that Robert won the Paris-Nice event in 1923 and 'Pa' Norton gave him a silver cigarette case signed by the other Norton riders in the event.

And a small PS  - Holliday's book contains a lot of excellent photographs - some of which unfortunately have incorrect captions.  I pointed these out to him in 1980 and if anyone wants details, let me know and I can send a list.