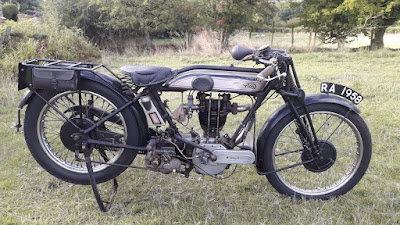 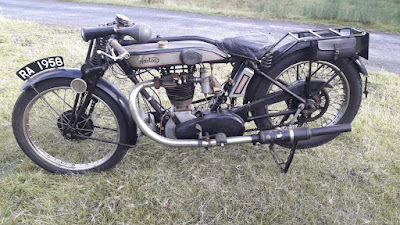 -JdK- Andrew in the UK recently bought himself a 1927/28 Model 18 Norton and spent the evening giving it a good clean with paraffin and it is coming up very well. 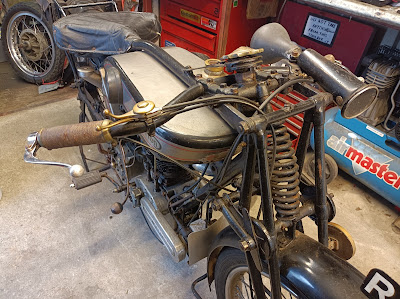 Andrew thinks it has been used in competition due to things he have found and parts he collected with it. Some examples below:-

The bike was purchased on 21 March 1966 by Harry William Swingler, Manor House, Stathern, Melton Mowbray, Leicestershire. It then passed to his son Julian in 2/10/2008 who never had it running and has now died. Andrew bought it from the estate.

It would be great if more information might be gained of its history, please contact us when you know this bike. 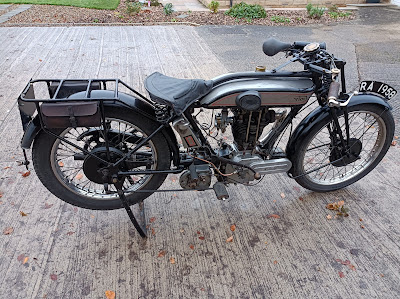