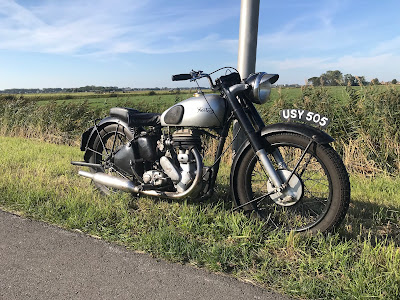 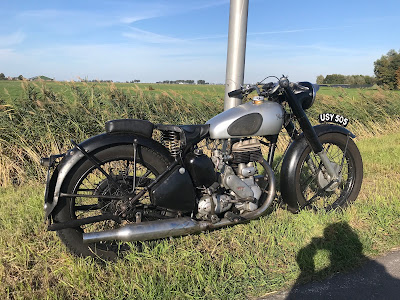 -JdK- 'Vintage' is nowadays used for anything older than a few decades, we use a cutoff date on our website of 1940 while for serious motorcycles the vintage class seems to end in December 1930. This Big 4 was built in 1951 so it probably shouldn't be on these pages. 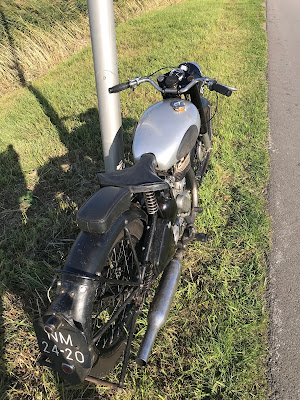 I don't think this bike is pretty, it is a very pleasant motorcycle however and when you forget about the Roadholder forks the rest of the machine is very similar and in some parts identical to the 1930s models. The gearbox looks different on the outside, the internals are almost identical to what's found inside the earlier dolls head box. 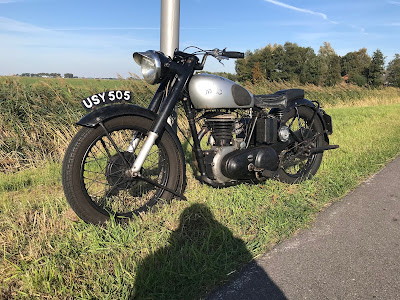 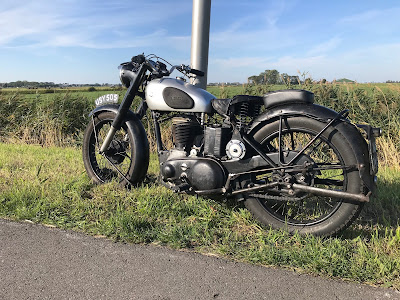 The engine is based on the prewar model; Norton knew what they were doing however when they updated the design. The cases are much heavier, held together with twice as many bolts, gone are the clattering cam followers, with heavy tappets acting directly one the valves. The valve springs are enclosed and together with the guides now well lubricated while the head is much larger and made from aluminium. Clean up the inlet port and skim a few millimeters from the head, fit a bigger carburettor and it runs very well. I don't think there's much difference in the performance of this Big 4 compared to a Model 18. It's brilliant for going to the shops or trashing around on a Sunday afternoon. No need to be careful!

Interestingly the cradle frame is very similar to those used on 1930s ES2 and International models and quite a few of these sidevalve engines must have been replaced by OHC engines. 1930s Norton girders can be used to replace the Roadholders and very few people will notice. 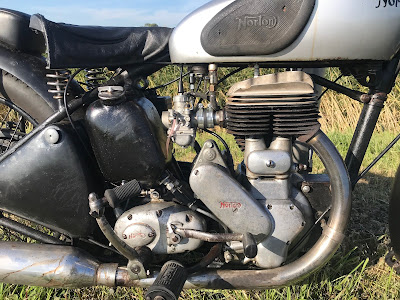 There used to be someone in The Netherlands who could rebuild old Amals but he got sick of people who gave him rubbish to repair and complained about the cost so he quit doing this. I couldn't find a proper 1 1/16" type 276 and hate to run a bike on a worn-out carb which left me no other option than to fit a 27 millimeter roundslide Mikuni. Dare I say it, both the design and quality of the Mikuni are lightyears ahead of the old Amals, this is an excellent carburettor though I admit a 276 would look better. 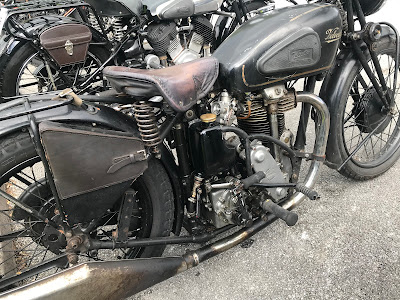 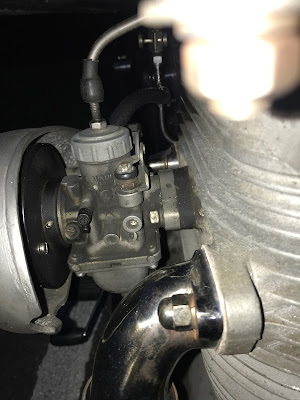 I'm not the only one who took this route, at the Irish last summer I spotted a Sunbeam and a Velocette using similar Mikunis.