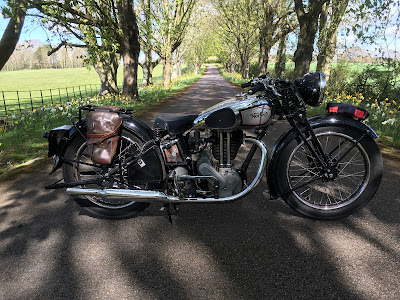 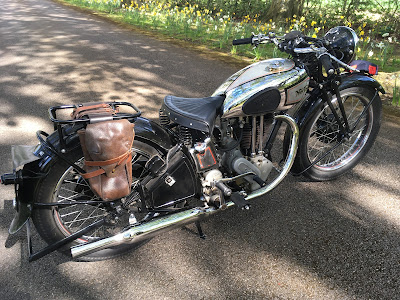 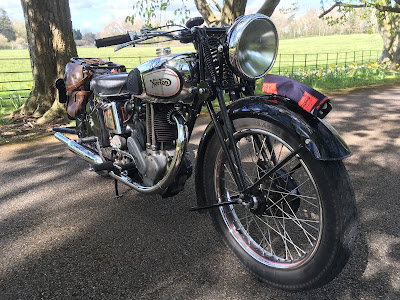 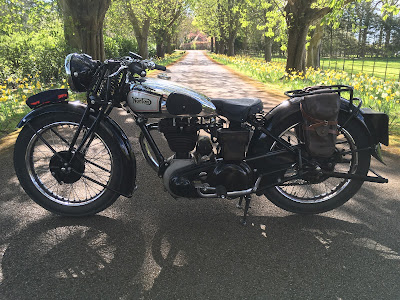 -JdK- John in the UK has a Model 18 for sale, in his own words: "My 1937 Model 18 Norton is for sale. It has its original factory engine/frame number pairing and a NOC dating certificate. Magneto rebuilt and carb body sleeved, so runs beautifully. New tyres.

She had one owner until 1988, at which point she was somehow discovered languishing in a garden shed both intact and very original. The second owner waited and then commissioned a professional restoration in 1997 during which the original registration number was reclaimed from DVLA. He then used her little. There are numerous photos taken before, during and after the restoration.

I bought her from the 2nd owner in Summer 2021 and have enjoyed recommissioning her - usual stuff - magneto, carb etc. I have the original push/pull fuel taps, copper fuel lines, exhaust down pipe and straight gear lever - these will be included. Even the wheel rims are the original dunlops which have been rechromed and painted, and the silencer is the rechromed original.

An amazing bike. I am looking for £12,000 firm. In the first instance, I can be contacted via email on howellhouse@talktalk.net"