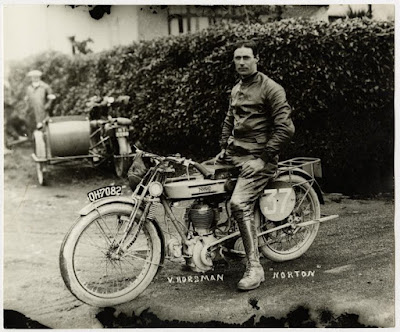 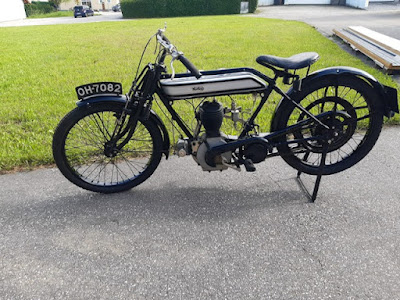 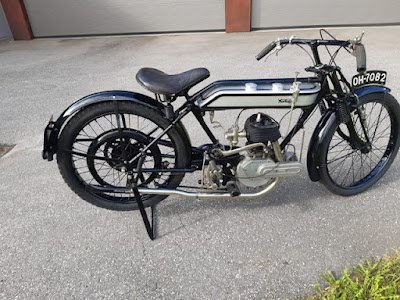 -SG- I am grateful to Franz and Christian who have sent photos of OH7082 - another of the 1921 works machines, this one ridden in the TT by Victor Horsman who was a works rider at the time.  He retired in the event with problems caused by the magneto coming loose and in fact only one of the works riders finished.  Not Norton's best year!

The machine currently belongs to Franz and he has some fairly recent documentation originating with its last UK owner Mr. Harold Briggs from Bridlington in Yorkshire.  He is seeking to obtain confirmation that its present engine and frame numbers are those shown in the relevant records and I have suggested he gets in touch with the DVLA and also the Archives Dept. of Birningham Library who may have details of vehicles with OH registration numbers.

Although it is currently fitted with an LS Sturmey box Franz has a correct CS box as originally fitted as well as a couple of 'in need of restoration' tanks which appear to be of the original type.