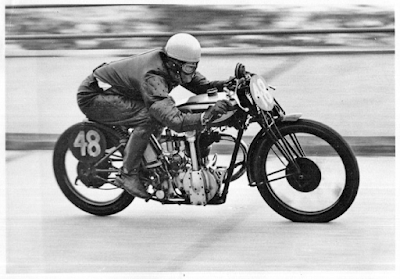 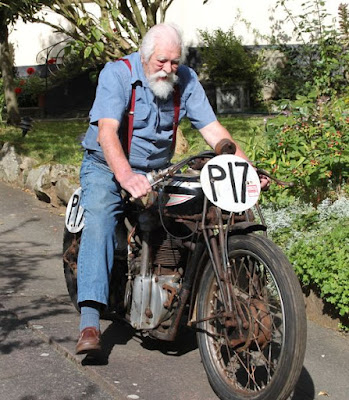 -SG- Saddened to learn of the death of my good friend John Lane on 25 November. I first met John at the Crystal Palace circuit in about 1959. He was entered on a late twenties CS1 – actually a hybrid with a CS1 engine fitted to a same period CJ frame. A crash during the Saturday practise period did not deter him. Over the weekend he transferred all the essential racing components to a 1928 CS1 rolling chassis and, mounted thereon, finished third in the actual race on Bank Holiday Monday!  This typified his determined approach to Vintage speed events – resulting in many wins over the next fifteen years or so. On one occasion, when John was unable to compete himself, he was kind enough to let me have a ride on the CS1 at Crystal Palace. A memorable experience that I’ve never forgotten. I finished in third place and we shared the massive prize of £12! I did succeed in beating him once – at Snetterton Circuit – but as I was riding an ex-Brooklands 1000cc Coventry Eagle, I did have an unfair capacity advantage!

Chris Streather, of the Norton Owners’ Club, bought his racing CS1 back in 2012. The bike was featured on the website in September of that year – and I am sure John would be pleased to know it is still used from time to time. Chris has kindly sent the attached photo of John and the CS1, taken on the day he collected it.

John was a life-long Norton enthusiast. As a friend he was indeed “unapproachable!”