-JdK- It's interesting to find that while I have flat tank and OHC model Nortons in the shed, the bike that has been used most last year is my end-'30s 16H.

Above in the middle of the winter and below touring Europe; we put the 16Hs on the train from Dusseldorf to Innsbruck and found ourselves in the Italian Alps half a day later. We visited Mark Upham of British Only Austria in in Austria and from there rode the bikes all the way through Germany back to the Netherlands. More than 2000 km in one week and the only problem was a broken spoke.

Late 1930s and WD models are very pleasant bikes - and pretty quick if properly assembled. They are getting expensive, I would recommend to get one while you can. 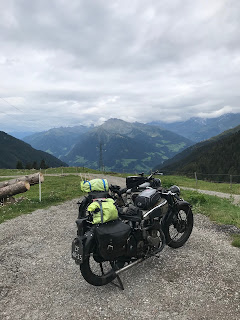 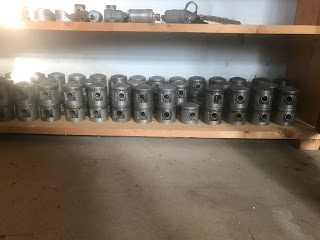