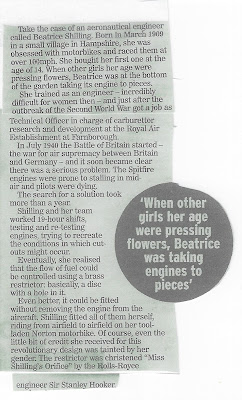 -SG- I am sure American film maker Harvey Weinstein would be surprised to know his totally unacceptable behaviour had resulted in a posting  on a web site devoted to motor-cycles and British ones at that!  But none the less, the 'Me-Too' movement has resulted in sundry publications amongst which is a book by Kathy Newman entitled 'Blooming Brilliant Women.'  This was given some publicity recently in one of the NZ Newspapers and one of the excerpts shown covered Beatrice Shilling, accompanied by the photo we already have on the web-site.  Here's the relevant section of the article - it would be nice to find her Norton had survived, especially as she apparently continued using it into the fifties! 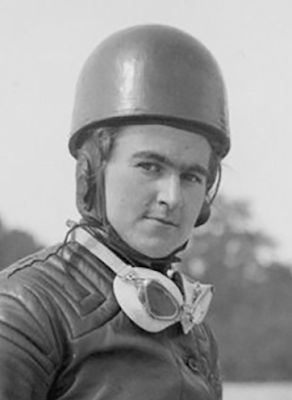