Dirt Track Nortons in The Netherlands 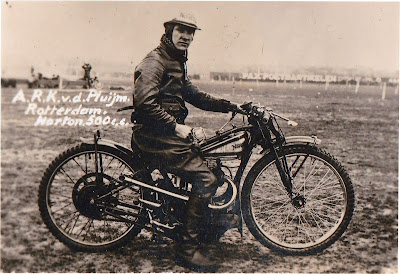 -JdK- Dirt Track ("grasbaanracen") was somewhat popular in the late 1920s - early 1930s in The Netherlands with some of the riders competing on Norton machines. Above we see Arie van der Pluym on a 1930 Model DT on which he was very successful.

Below two photos of D. Sleeuwenhoek on what could be an AJS engine in a model DT frame/tanks/wheels (note the AJS caption and different exhaust pipe) and most probably on a  modified 1930 Model 18. Many thanks to Olav and the VMC for sharing! 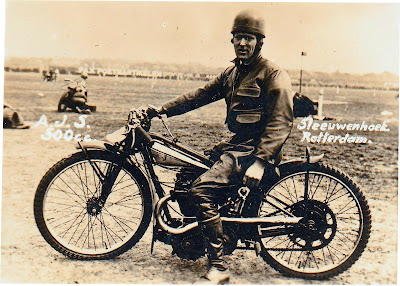 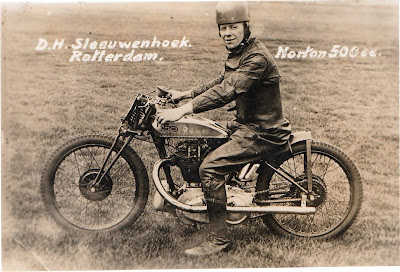