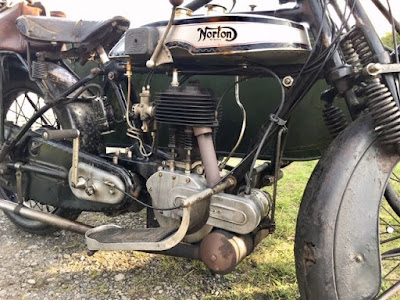 -SG- The rarity of the Model 14 is evidenced by the fact that we have had only two postings about it.  It was first listed in the 1926 Sales brochure as a Big Four but fitted with Norton's cross-over four speed gearbox in place of the usual Sturmey Archer three speed CS box.  One again, much indebted to Alan who spotted this one - complete with period Norton chair - in the IOM last month.  It is seemingly in original condition and the present owner, Colin, is just the third since new. When I checked the engine number in the records, the entry shows it as a 'Big Four fitted with a four speed g/box.'  It was despatched in June 1926 to the Scottish firm of J Reid, Aberdeen and was fitted as new with a Norton de luxe sidecar.  The photos show the four spring Druid forks, correct carb. and magneto and what looks like an unusually long arm on the rather feeble front brake! 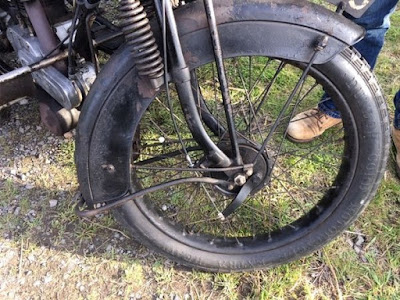 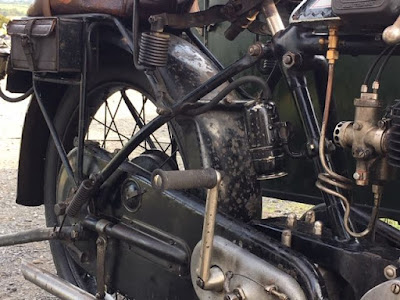 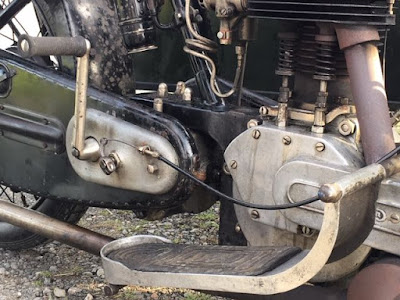 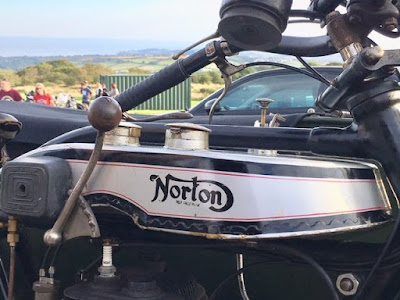 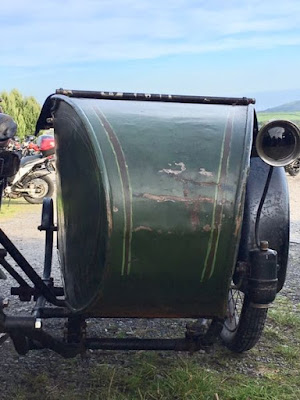 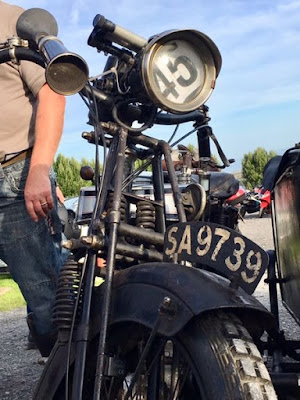 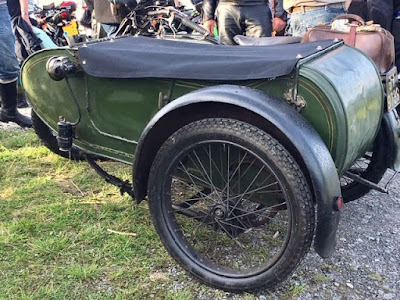 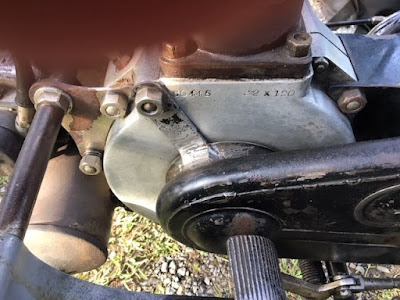 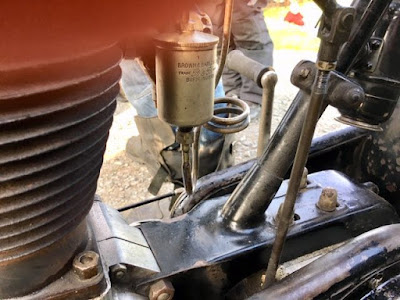 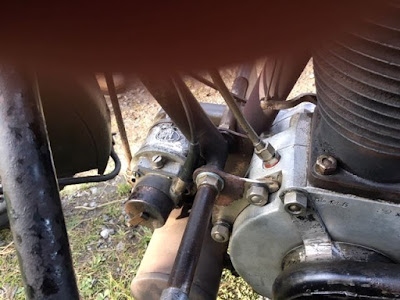