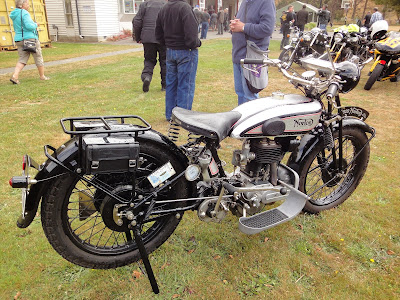 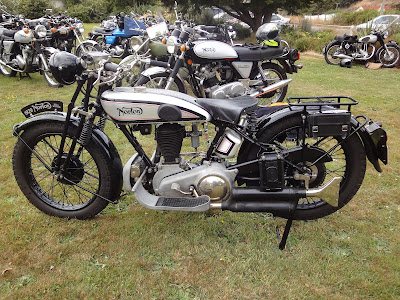 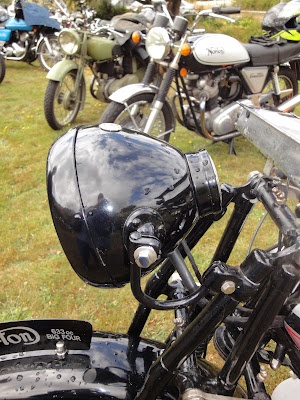 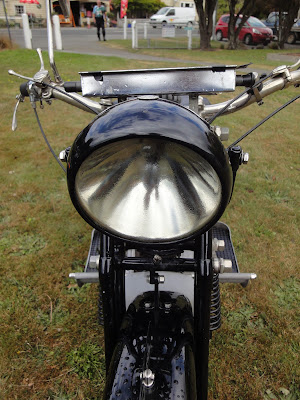 -SG- The New Zealand branch of the Norton Owners Club held their annual rally etc. here on Banks Peninsula last month. It was well attended with a substantial number of post war twins and a few singles. Just two girder forked bikes were present -  a very tidy WD16H and a nice 1929 Big Four - photos of the latter herewith. I note that it still has the original cast alloy magdyno cover and Lucas MDB1 magdyno as well as original lights. Bob is the current owner and restorer and his further comments follow:

"My Big 4 has all matching numbers and was supplied through the New Zealand agents Galbraith and Grant, with an original lighting set and dynamo as optional equipment, at the time of purchase. It was also fitted with a family sidecar for which I have the chassis and wheel, the latter complete with a 'Norton' hub cap. The sidecar I sometimes have fitted now is of more modern construction but still looks 'period'. According to the records, the machine was dispatched from the Norton factory on 13th November 1928. Restoration of the solo motorcycle from a disassembled state was completed in 2009."
Newer Post Older Post Home