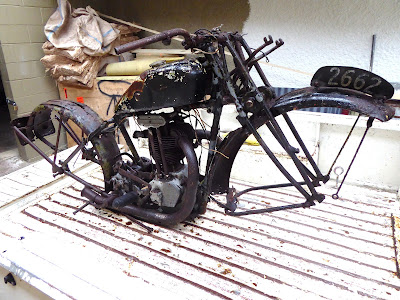 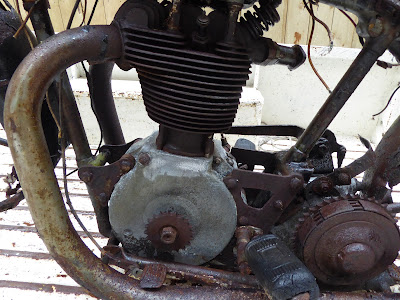 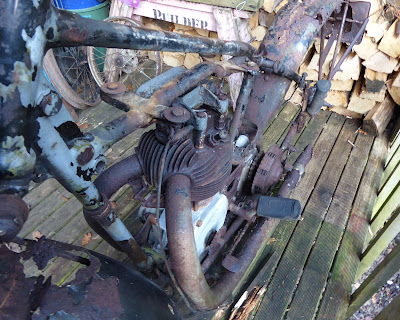 Three photos of the Triumph/Norton as found. There were a couple of wheels with it in a similar sorry state!

-SG-  Another DT Norton engine – regrettably somewhat altered from its original specification – has come to light in New Zealand. This unit originally started life in a complete machine shipped to NZ in the Autumn of 1930 and finished up fitted to a real ‘Bitza.’ One could almost stretch a point and say that it was a ‘Triton’ as it comprised a 1929 Triumph frame and forks, and 1929 Sturmey gearbox as fitted only to certain Ariels in 1929/30. It had apparently languished in a damp cellar for many years before being bought by Alain. 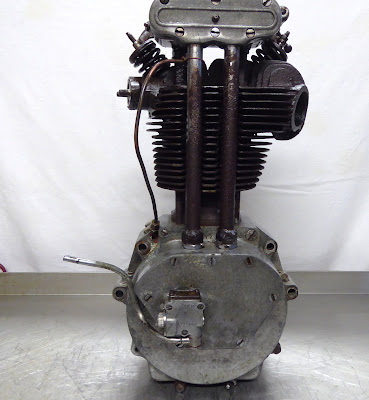 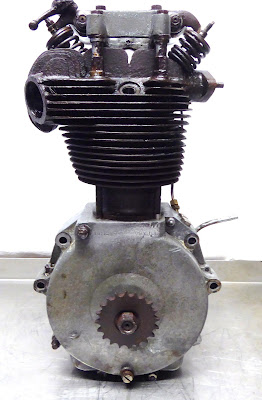 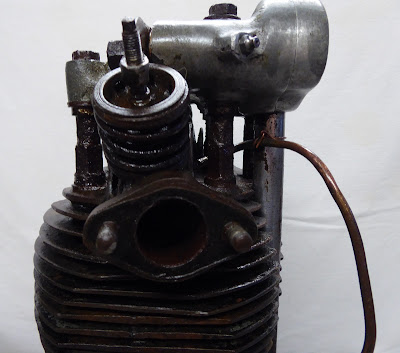 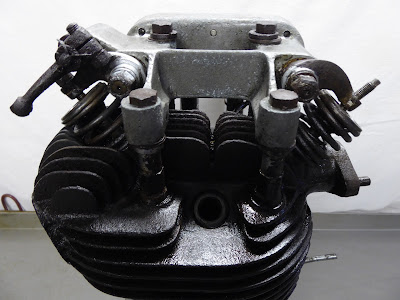 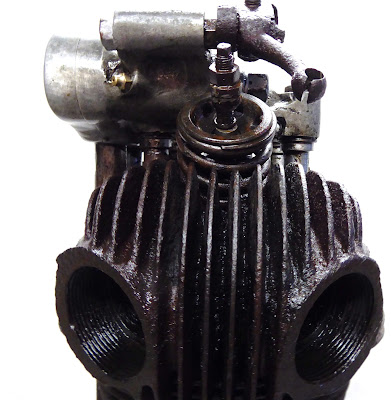 Five general photos of the engine before dismantling, after a soak in diesel for several weeks.

Alain kindly brought the engine for me to have a look at earlier this year and we succeeded in partially dismantling it. Final dismantling took place a few weeks later, thanks to the loan by Viktor of his timing pinion puller.

Apart from the fact that the original timing cover had been replaced with an earlier ES2 cover the engine looked fairly original externally, with only minor repairable damage to the lugs at the bottom of the crankcase. 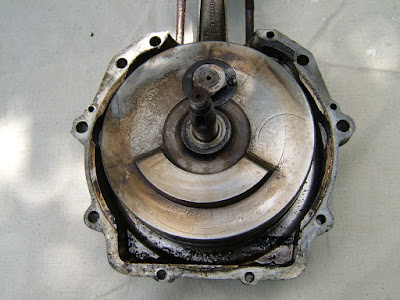 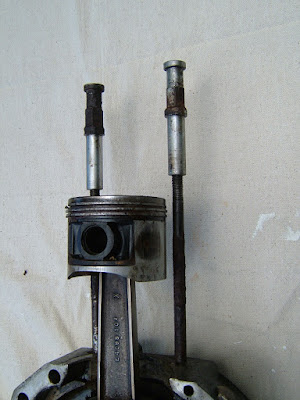 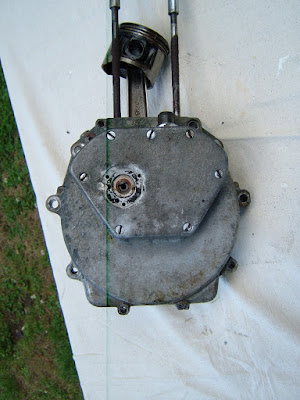 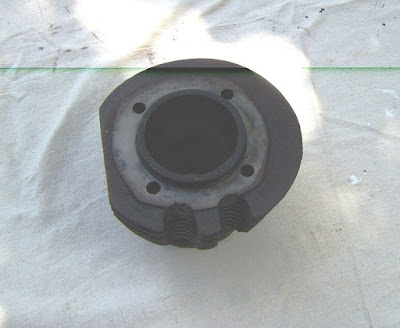 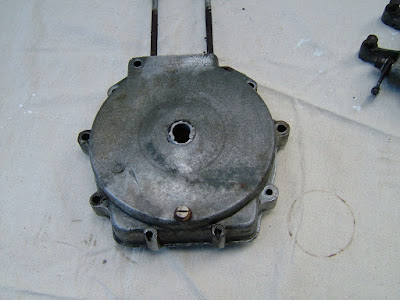 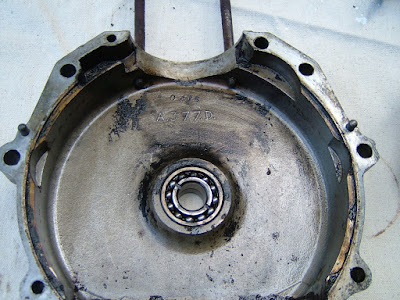 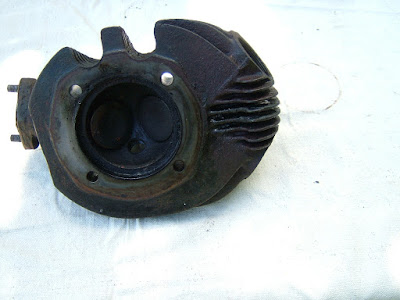 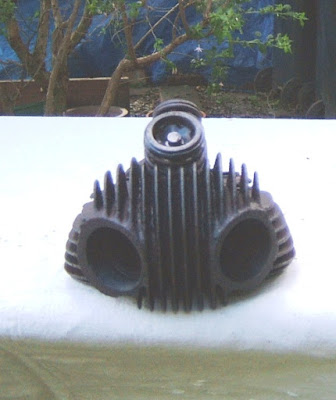 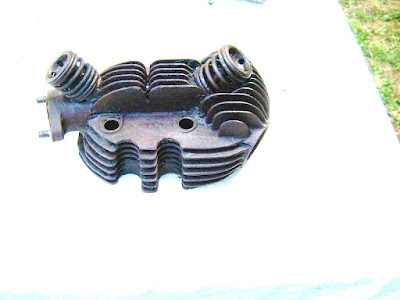 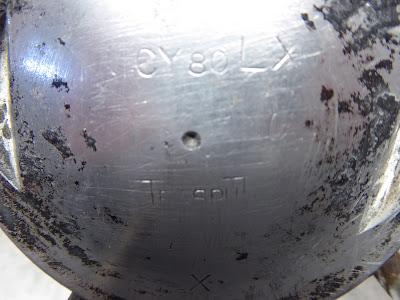 The flywheels fitted are polished and of the bob-weight type, which came as a surprise. This is because the only other DT engine of which I have seen the internals has flywheels without bob-weights – more like those fitted to ES2s of the period but with 22mm mainshafts both sides. However, those fitted to this engine are assuredly of 1930 type and have a drilled timing side mainshaft for positive big end feed, Perhaps, therefore, both types were fitted to the production DT range but until we can find out about the internals of some of the other few survivors, it remains a matter of query. 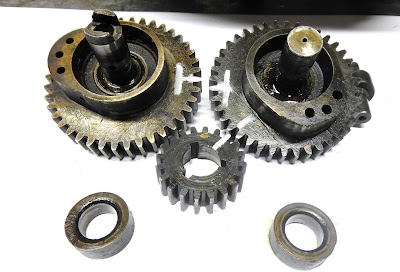 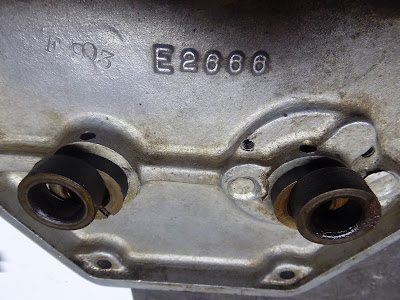 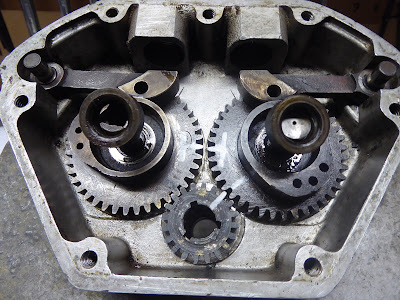 Another difference on this engine which I feel probably dates from when it was built into the road bike, is that the original small base circle cams have been replaced with a pair of pre-1930 cams. These have been fitted with small steel bushes on either side of the spindles to ensure they are correctly aligned to operate the seemingly standard 1930 type cam followers.

Both head and barrel look in excellent condition – the head having twin exhaust ports with internal threads for exhaust pipe nuts as pictured on previous postings. And finally, the piston, lightly domed and with three compression rings, has numerous letters and figures stamped on it, none of which I recognise! 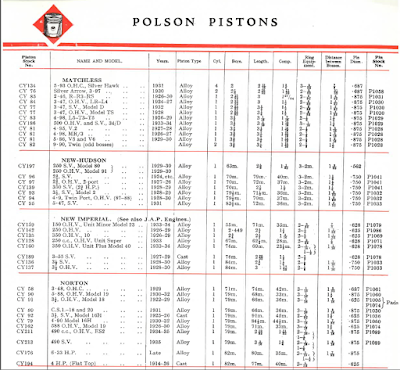 Ian has been in touch re the unrecognised piston markings in this engine - his message - for which many thanks -  is below. It appears the CY80 numbers on the crown show it to be intended for 1931 CS1s and Models 18/20, with a 7/8" pin.

"The attached scan from the 1936 Polson list may help. The piston was made by the Polson Motor Parts Co of 172-180 Berkeley Street Carlton N3 Victoria (an inner northern suburb of Melbourne just outside the central business district). The copy came out of my 1936 Polson catalogue and no further reference  is made to these 'all compression ring' pistons in my subsquent 1953 and 1960 catalogues." 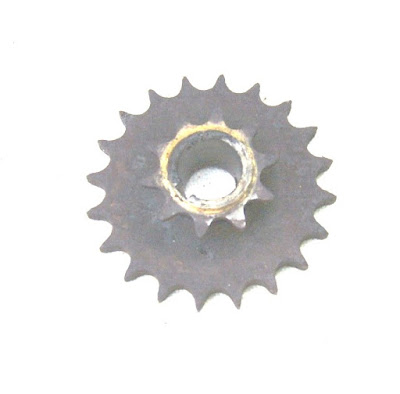 I have been asked for confirmation of how the magneto was driven when the engine was built into the Special - a suppementary sprocket brazed to the inside of the engine sprocket is the answer - see photo!
Newer Post Older Post Home