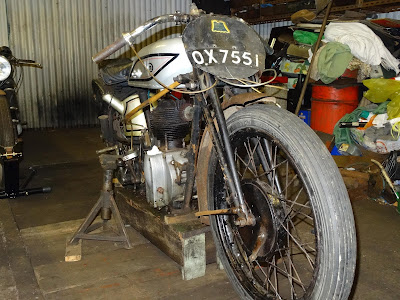 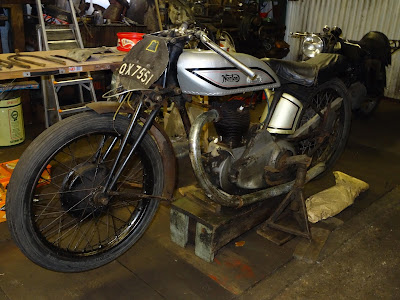 -JdK- John from the UK contacted us:

"I worked for NVT in Wolverhampton in the early 70's, later I spent 20 years with Rover Group and later still did 3 years at UAV engines (son of Norton, sort-of). I specialise in ignition systems and starters and alternators and currently work part time for a lovely company called Ark Racing, designing starters, alternators and flywheels for competition vehicles. I'm due to retire soon and the CS1 is my retirement project!

My CS1 (in the pictures) was first registered on 7th April 1928, Reg no. OX7551, engine number 390XX and frame number 323XX according to the buff log book. Sturmey Archer 3 speed close ratio gearbox (2.33:1, 1.33:1 and of course 1:1 i.e the same ratios as a 4 speed Inter box but minus third gear), engine appears relatively unmolested but not fully investigated yet. A few parts have gone missing over the years. The previous owner dropped the bike in about 1961 and fully intended to rebuild it, buying one or two new parts, but it never went back on the road. Someone had replaced the original carb with a later Amal instrument, but apart from that, the dents and the missing bits, everything looks pretty well as it left Bracebridge Street. 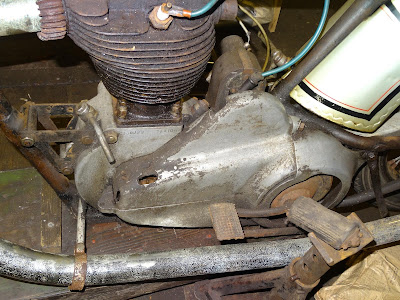 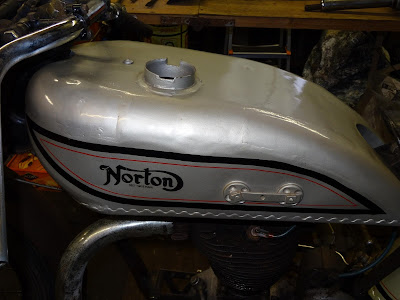 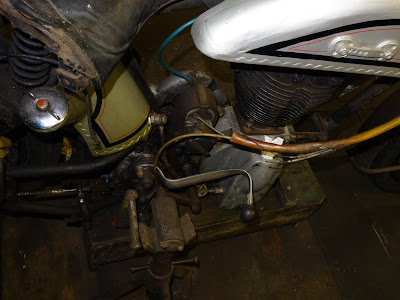 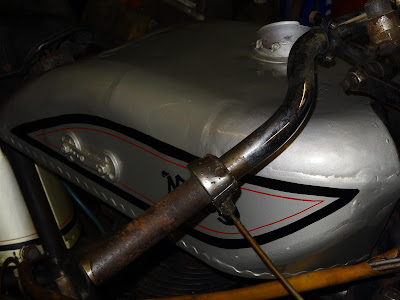 Known missing or incorrect parts: Rear mudguard / stays and tool box (No. 4355 or No. 4359?), 1 x 4060 valve spring top collar (I had 5 made from EN24T steel so I've got 3 spare plus 1 original which had been lightened / bodged. If anyone needs one or two I can supply at cost), No. 4136 - vertical shaft tube union ring and its sealing washer, No. 4310 double barrel silencer, rear stand (I've got an Indian one that has to be lengthened), No. 4704 Clutch Cover, No 4709 Rear Chain Guard (I've got a Velo one that can be modified I think), and sundry control levers and cables etc. There are probably some other bits, wrong or missing, that I haven't found out about yet, but if you know of anyone who might be able to help please contact this website" 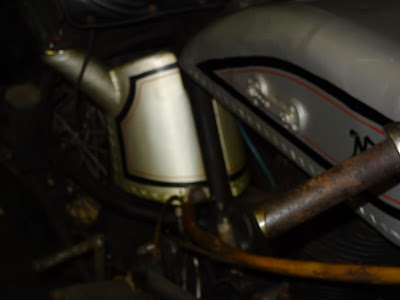 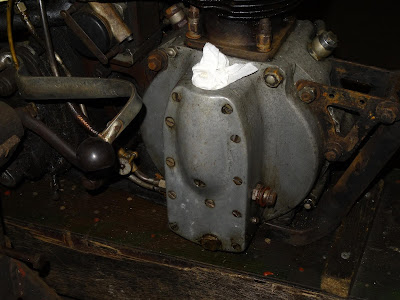 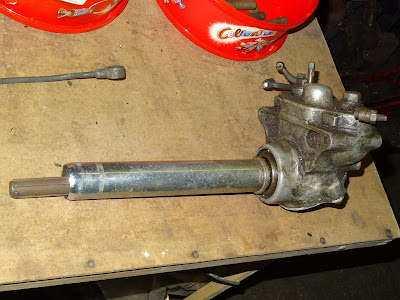 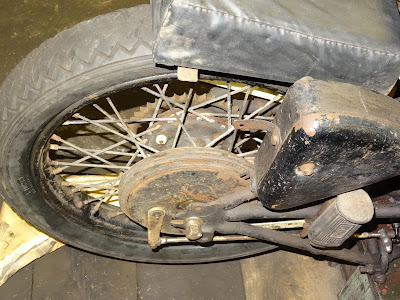