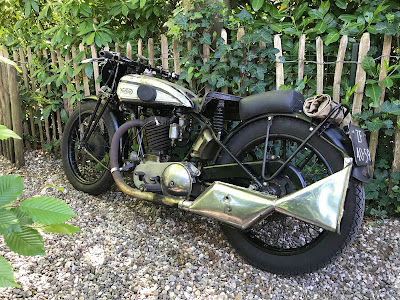 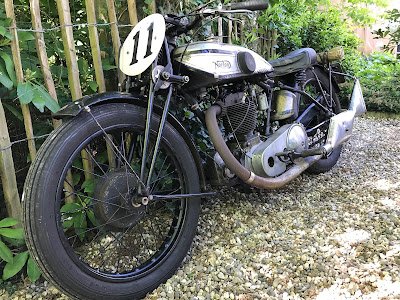 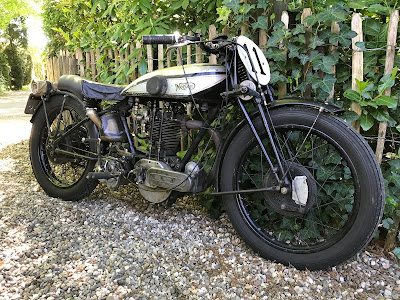 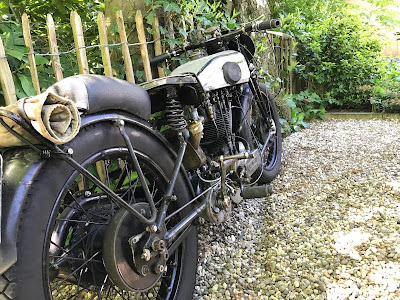 -JdK- I had this bike since 2007. Bought from Mark Upham in Austria who got it from someone in the UK. I sold it in July 2018 to Russ in the UK. It's a 1929 Model 18 modified for vintage racing. Correct for 1929 are frame, engine, gearbox, rearwheel, oiltank. The petroltank is probably from a CS1. The front hub is probably Webb and is a much better brake than the original. Girders probably are 1930s paralel Norton International with Webb bits added.

The bike has been used for amateur racing in the past. Click this link for pics made around 50 years back. The engine has been tuned by an expert. The flywheels have been polished and skimmed and run extremely smooth. It has a slipper piston and larger size inlet valve. The cams are probably remodeled or IT racing cams. It runs on Castrol R40. It comes with a small devise that blocks first gear, essentially turning it into a positive stop for 2nd and 3rd gear only. 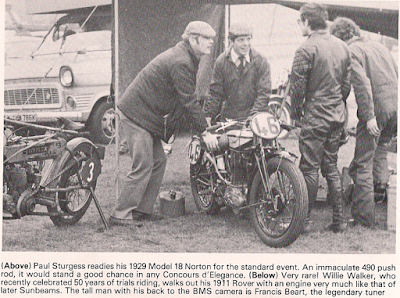 In the summer of 2018 we were contacted by Paul Sturgess (in the photo above) who remembers the bike; read his story below in his own words:

"Hello  I am Paul Sturgess who raced this Model 18 Norton.  The pic shows left to right: cant remember his name was a police man. Rodney Horner whos Zenith Jap I also raced. a rider ? The late Alan Keeble who owned the Norton. this was its first outing which was not very sucessfull . Alan tuned the bike himself with a Mahle piston home made cams etc, the gearbox had 3 speed but internals changed to suit the circuit. it had a plunger external positive stop arrangement , we ran the bike in the standard bike class . it won the Cotton Trophy at the vmcc race of the year 3 times, and the rhodes tankard for best standard vintage bike over the season in 1978 i think . it raced in open vintage races often beating open racers to finish in the top six. Will send more as I remember Regards Paul Sturgess

Hello again We took the bike to a vmcc meeting at oulton park about 1976 we had to finish behind glyn chambers to win the rhodes tankard in the pre 1930 standard bike class , on the first lap i was hit by another bike which put a small ding in the front off the tank , in the mayhem ? Whitham was killed. Before the rerun we were asked to go a bit easy as we should have been interviewed before the restart, but it was felt we would be better of to restart asap . Duly followed glyn round for a class second and then went home in our ex gpo van.  Prior to this we pulled a valve in practice , Alan had the head of when John Surtees wondered up having got out off his merc . and asked if we had spares to fix it, we did. The bike was very stable for racing ,almost to stable as a flip from one side to another was hard work, it braked very well ,we always intended to remove more from the flywheel but never did, The rear TT100 came from norton at andover via Peter Inchely who lived in our village at that time, it was in a softer compound for the works commando pr bikes. we found by chance that putting castrol r on it made the rubber softer again, I leant my ex vic camp ducati to peter to ride in a parade of champions at the vmcc race of the year, graham his son tells me it was the last time he was on a race track, I still ride a klx 250 round salisbury plain . no old bikes as due to an injury i picked up at brands i can not kick start a bike.  ps the works nortons ran on castrol r in gulf tins who were there sponsers ! Kindest Regards Paul.  i have more !!

Hello again  Alan also tuned Gerry Hansons EMC puch in the 50s it won a prize for first 2 stroke home at a Silverstone saturday, It was Gerry who put me foreward to race these bikes, In the 70s just after the energy crisis petrol was very poor and led to overheating which cracked a head, we then ran on a mix of 4 galls of petrol about half a gall. of methanol with a bit or "R" a drop of accetone to blend it , that fixed it ,it was done by several people. any petrol on the paint lifted the paint off ! I have my old helmet and leathers I used to race in , when I was 11stone 5ft 11in !"


The bike went very well. Click the video above to see it running. Gearing is long, it needs clutch slip for takeoff but very pleasant once on the go. 2nd gear can be used till 80 km/h. It has been clocked using satnav at 120 real km/h and is faster than many end-1930s 500cc bikes. 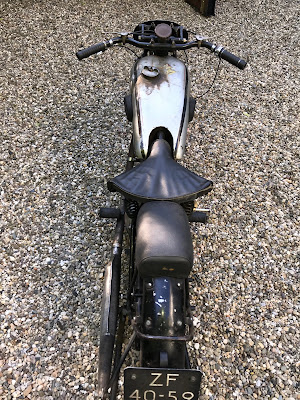 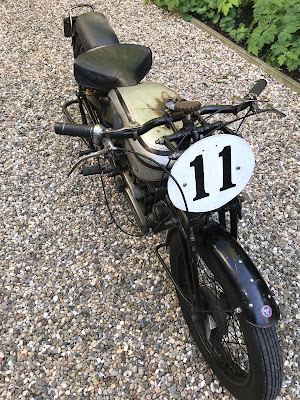 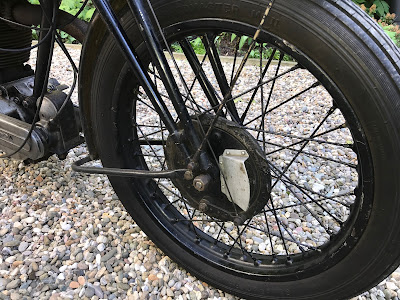 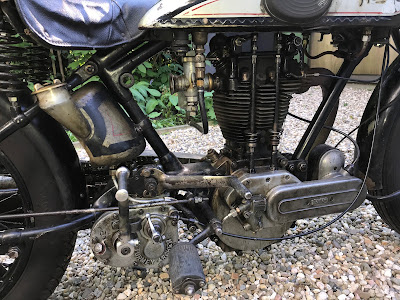 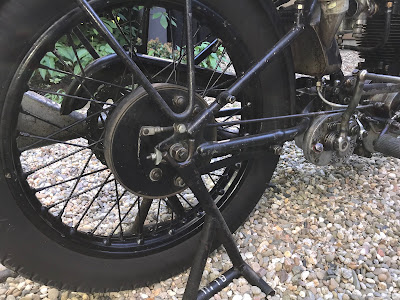 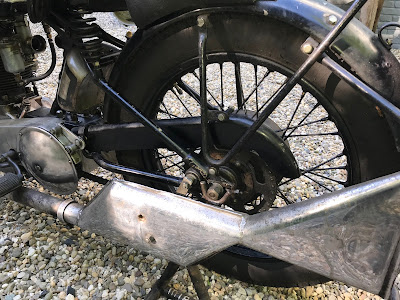 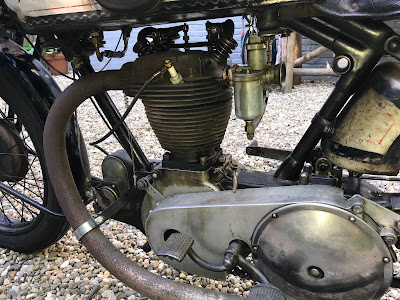 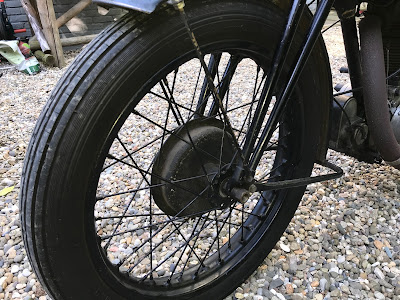 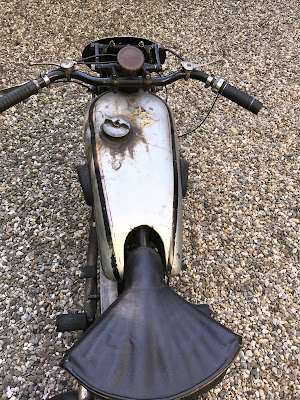 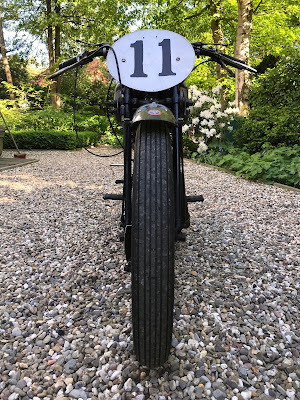