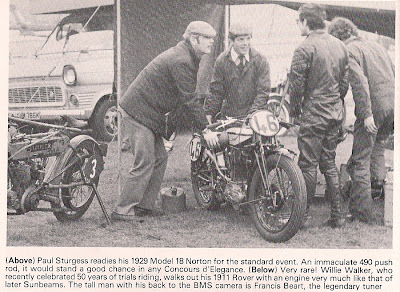 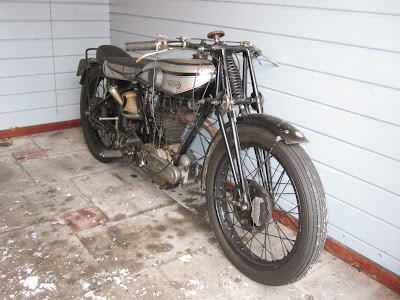 I've owned this Norton for a few years now; it's not an original bike but it's interesting as the engine seems to have been tuned professionally. The ever attentive Simon found a picture in a 1970s BMS publication of a Norton that looks remarkably similar; it must be the same bike. So now we've found out that the previous owners were a mr Paul Sturgess, a mr Peter Kingsley, mr Eric Patterson, mr Mark Upham and then me ... that's since the 1970s and the list most probably is not complete! Does anyone else recognize the Model 18 or the people in the black and white pics ... and who did the tuning? 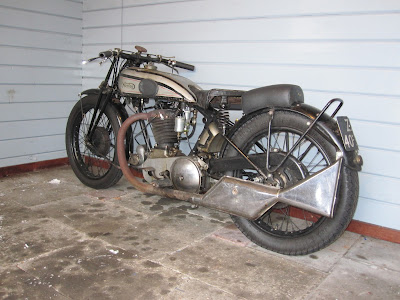