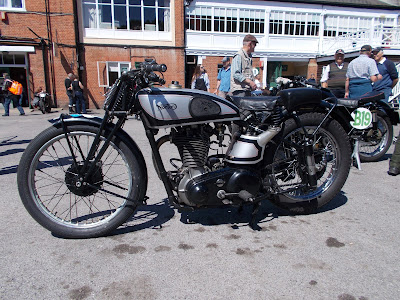 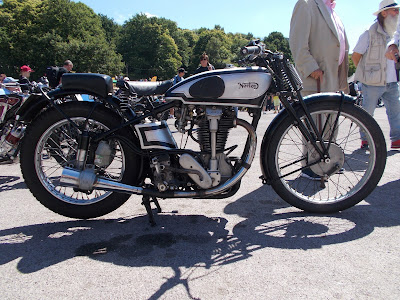 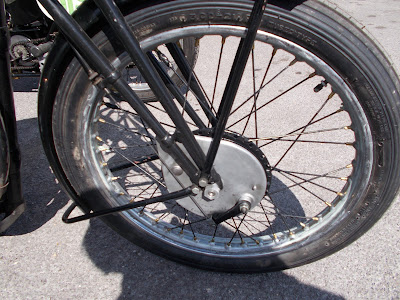 -Richard- This Norton International belongs to engineer and enthusiast Don. It is to 1939 specification having the then new version pre-war plunger rear suspension, but the bike is far from standard specification. The forks are to racing specification as is the front wheel which is the type used by the works machines of the early/mid '30s and has an aluminium brake plate and magnesium alloy brake shoes of 7 inch diameter. Don has concentrated his engineering skills on the engine, enlarging it from 500cc to a full 600cc which involved many hours in the workshop, not least of which was making the cylinder barrel from a solid aluminium billet !!

These pictures were taken at the Brooklands Museum motorcycle day last July where Don showed many newer bikes how to blast up the Test Hill. And if you think he is lucky enough already, he also owns a very desirable MK 8 Velocette. 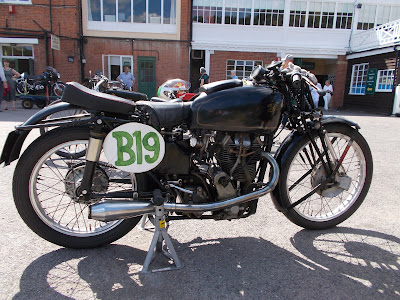