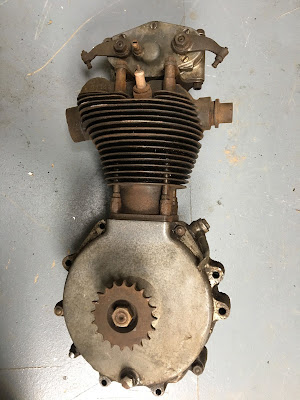 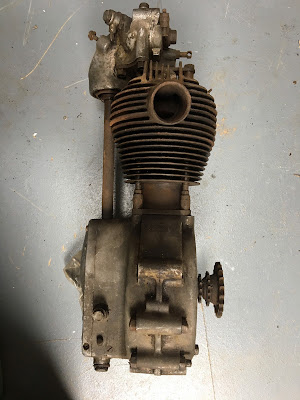 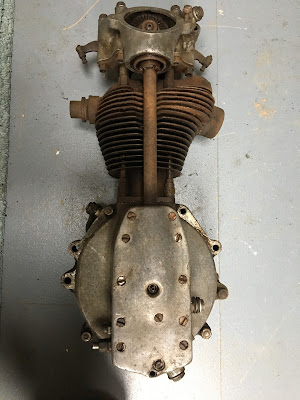 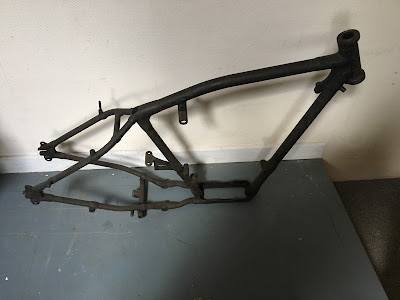 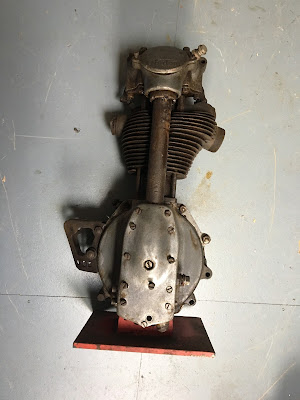 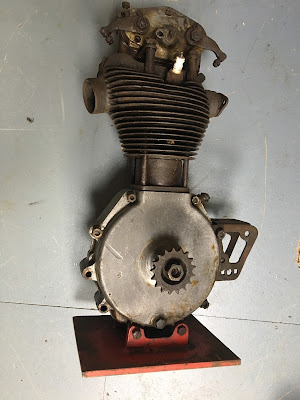 -JdK- FRAME SOLD Tony has these 1929 Model CJ parts for sale; one frame and two engines. Strangely enough neither engine started life with the frame, which seems to have been part of a CJ sent to Europe. The consignee's name - T Mielmann - is hard to read so may be incorrect but was perhaps in Germany, Austria or Switzerland.

Juris in Latvia has clarified the illegible consignee of the above frame -  seems it is THIELEMANN, the Latvian Norton agents pre-war.  He goes on to explain:

I REMEMBER I SOLD A CJ FRAME TO THE UK A LONG TIME AGO AS I HAD NO HOPE OF FINDING OTHER PARTS TO REBUILD A COMPLETE BIKE. I FOUND THIS FRAME WITH A CS1 ENGINE FROM 1929 IN IT. IT HAD BEEN RACED IN LIEPAJA, A CITY IN THE WEST OF LATVIA IN PRE-WAR YEARS. AS YOU KNOW I LATER FOUND THE PROPER CS1 FRAME IN VENTSPILS, SO THE ORIGINAL ENGINE AND FRAME WERE REUNITED...
THE CJ FRAME ON SALE MAY WELL BE THE SAME ONE AS IN LATVIA A FAMOUS NORTON DEALER WAS NAMED THIELEMANN WHICH IS VERY CLOSE TO WHAT YOU HAVE COPIED FROM THE DESPATCH BOOKS…