One thing leads to another ... 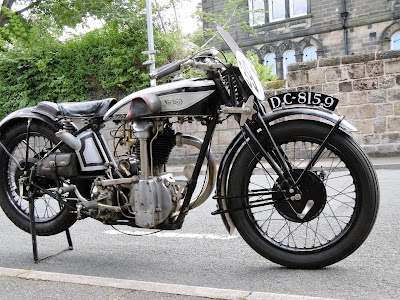 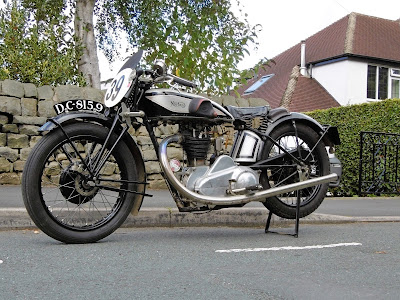 -SG- A while back (not sure how far as I don't keep records of such things) I sent a couple of sets of seals for Best and Lloyd filler caps to Paul. Recently he asked for a further pair for his 1928 CS1 - photos attached. The bike was restored back in the seventies by a previous owner - a bit of extraneous plating but not  a bad effort - and as a matter of personal interest I looked up the details in the records, which shows it as a standard CS1, still with matching numbers by the way, shipped out in March '28.

But my eye was taken by the entry on the line above for a rather special machine. It so happens that this section of the despatch records was completed by someone with fairly gruesome handwriting and quite a few of his entries are hard to decipher but there are some interesting details in the Extras column.  These appear to read as follows:

What is not clear is who the customer for this bike was. The relevant column for the dealer's details appears just to show 'Simpsons' but there is no address given for the end user.  Unlikely to be anything to do with Jimmie Simpson as his association with Nortons did not begin until 1929 but perhaps an Export Merchant who shipped the bike to some overseas destination although I don't know to what extent RD1 or equivalent was available outside UK ... Be that as it may, it is interesting to note the basic 'Tuning for Speed' steps were taken by the works at this stage in the CS1's development.
Newer Post Older Post Home