Club Life in the Twenties! 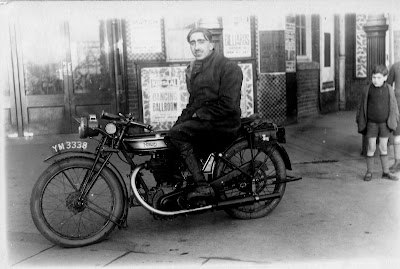 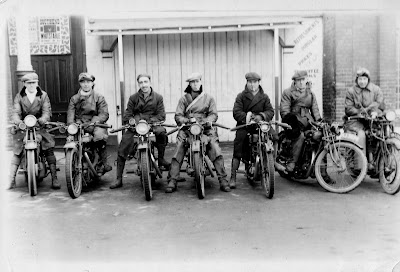 -SG- Lee has sent in a couple of interesting period photos dating from end '25 (the group) and early '26 (the solo). They were taken outside the Kursaal Amusement Park in Southend-on-Sea, Essex.  The group photo shows a typical bunch of motorcycle enthusiasts at least two of whom are on Nortons. The solo shot is really very clear and allows  - I think - reasonably accurate identification of the Model 18 as a 1926 example  (full primary chain guard etc) so it can only have been a few weeks old at the time. Despite that, there's already various oily spatters on the rear tyre so that's not just something we have to put up with after several decades of use/misuse!l
Newer Post Older Post Home