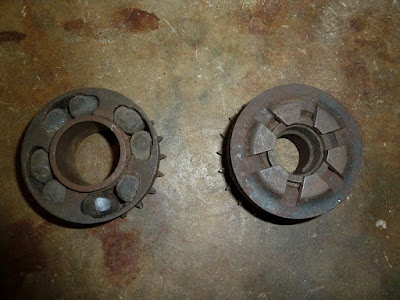 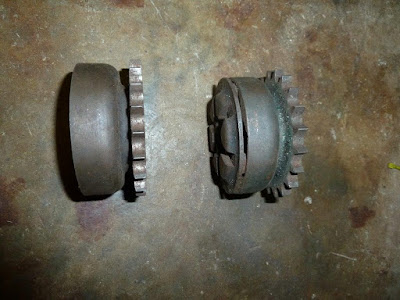 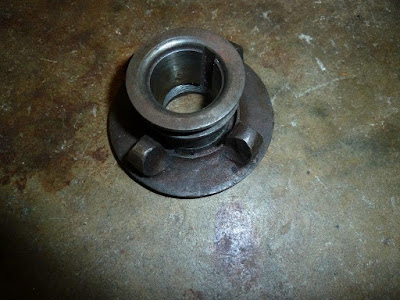 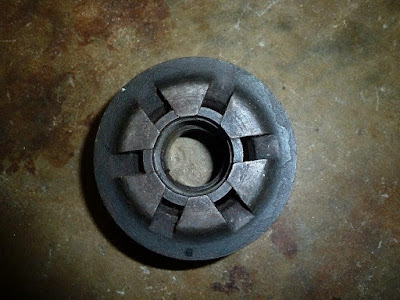 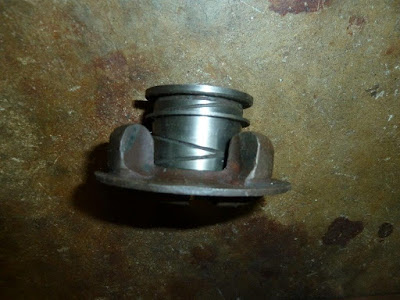 -SG- Those with a passing interest in the works racing machines of the later thirties may have noticed the hub affair on the engine mainshaft carrying the sprocket. (see recent posting showing Daniell on the 1938 Works Senior bike).

It was news to me that this is actually incorporates a rubber shock absorber and further, that it was found to be so effective the factory continued using it until after the war. Thanks to Ken McIntosh (McIntosh Racing, New Zealand) for the photos attached, showing the internals!  The rubbers are spherical and the hub will apparently fit both Inter and later (to '54) Manx mainshafts.
Newer Post Older Post Home