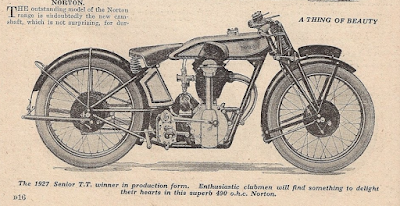 -SG- I had a message the other day from a CS1-owning friend in Northern Ireland, asking if I knew how many of these machines were made (I refuse to call them 'cricket-bat' models - a journalistic invention from the post-war era!). I checked this out some years back but had forgotten the quite large total involved of around 1135, from late 1927 to early 1930. There were of course a few works ones also produced earlier in '27 for the TT etc. which are not listed in the records, whereas the 1928 works machines are included.
Newer Post Older Post Home