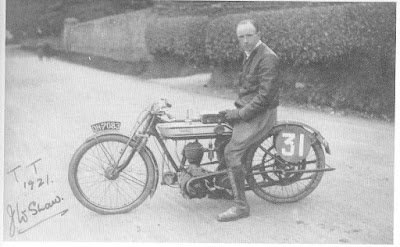 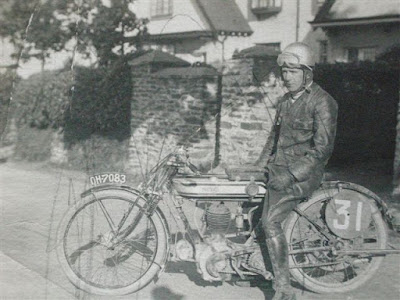 -SG- Most visitors to the site know of Jimmy Shaw, the Belfast dealer who, for most of the twenties, was a member of the Norton works team. His best TT placing was 4th in 1927 but his efforts in the Ulster were I think, considerably better. To my mind, probably the most interesting Norton at the recent VMCC Banbury Run was actually Jimmy's 1921 mount, on which he unfortunately retired. 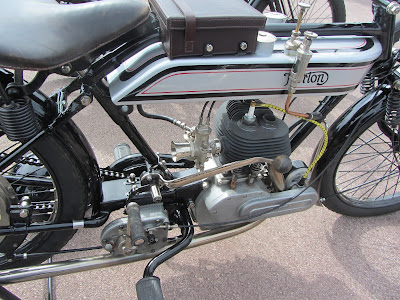 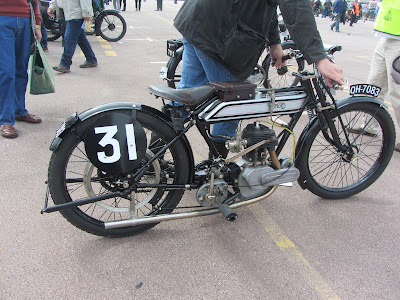 The present owner checked out the frame and engine numbers with the DVLA and naturally was very pleased to find they were correct for the Norton with reg. no. OH7083.  Attached are a couple of early photos  as well as some kindly taken by Alan at Banbury. Incidentally the forks still have lugs for the cycle type stirrup front brake but a 'powerful' internal expanding unit was used for competition.
Newer Post Older Post Home