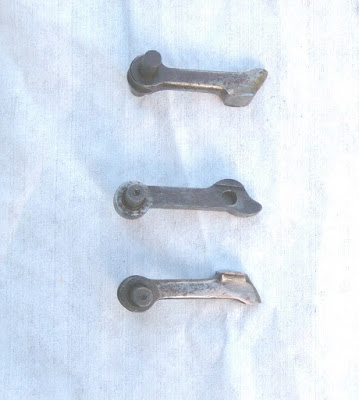 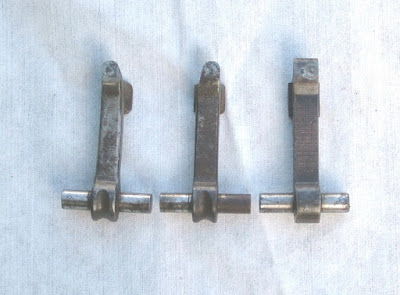 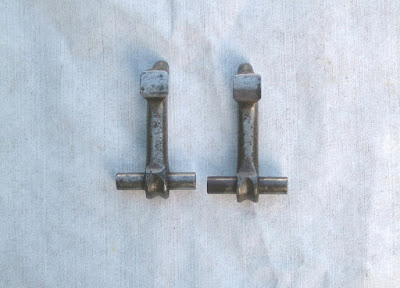 -SG- Back in the sixties a useful source of Vintage bits and pieces in the UK were the local scrap yards. I bought a 1927 588 engine from a yard in Hounslow for the massive sum of £2 and a Model 18 of slightly later vintage from Fosters, in Chertsey, for even less - I think £1.50.  So what, I can hear you saying!  Well, the 588 was nothing special having started life in a Model 19 delivered to Pikes, in the West Country and the Model 18 also showed no signs of being anything special externally but ... within, I found one racing exhaust cam in good order and two rather special cam followers, which had been lightened and of which the foot profile had been made considerably flatter than the original. It would be nice to think these parts had spent some time at Brooklands - about five miles away - but that is just an over-active imagination!  I used the cam followers and cam  (with another racing inlet cam I had acquired) for some years in my somewhat feeble efforts at Vintage racing but I can't truthfully remember what difference the followers made. Photos of the cam followers and a typical 1929 version are attached.
Newer Post Older Post Home