-SG- Pre-1920 Nortons with the Sturmey Archer CS gear box fitted are pretty thin on the ground but I thought it worth copying the relevant booklet which was printed in 1916, as well as the letter (below) with which it was originally sent to an enquiror back in 1919. From this, it is clear that the firm was pretty busy with the resurgence of the industry after the end of WW1, the CS box being used by several other manufacturers besides Nortons. 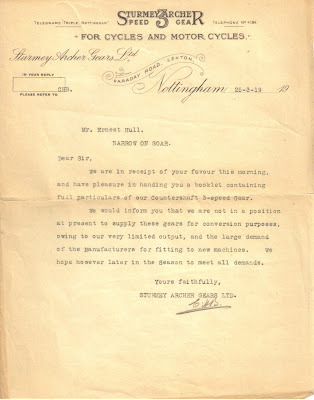 The parts illustration in this list shows the layshaft as having only one set of dogs rather than two sets, as used in the twenties and perhaps a little earlier. The photo below, taken at Founder's Day (VMCC) shows both types. 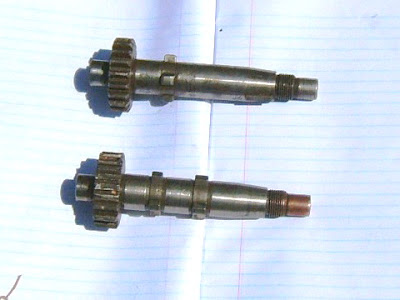