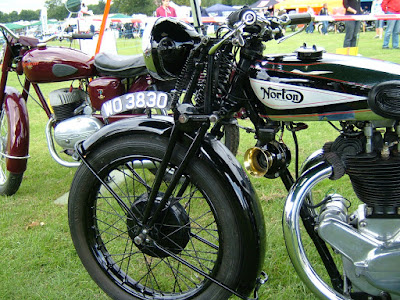 -SG- The VMCC's Founder's Day event took place last weekend. Not a lot to report on the pre-war Norton front although I spotted a restored 1930 Model 22 - which had, I think, been brought all the way from Cornwall. Apart from a doll's head box and later Norton forks with rebound springs, it looks pretty good and considerable care has been taken over the tank restoration. 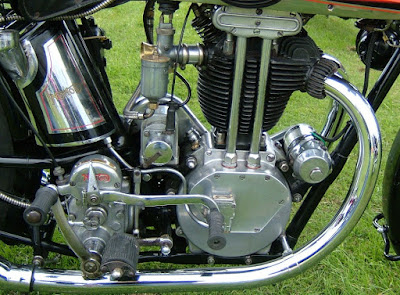 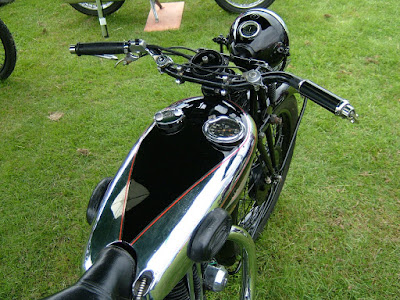 One of the stall holders had a replica mid twenties Big Four tank - not cheap at £450 but it looks to be well made.  Not sure why it has large sized filler necks rather than what I think were the usual 1 13/16" size.  If anyone is interested in this, I have a phone number to call. A couple more stall holders had circa 1920 Sturmey Archer CS chain cum belt gearboxes - both with clutches.  One had decades of accumulated filth on it - and appeared not to have been opened. At £600 I feel a bit pricey! The other was pristine by comparison although what the internals are like I know not.  That one was £1000 which I think is way too much especially as the end cover had serious and quite deep corrosion on the lower face. 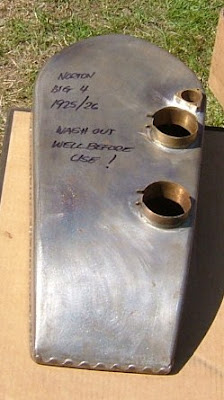 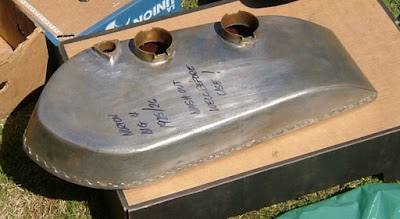 And another optimist was selling small photographs. I asked about one - a print of 'Blackie' Blacknell, the side-car manufacturer, as a young man, astride a prototype Norton speedway bike in 1929. It has appeared before, I think in the VMCC magazine in the late nineties, and I was not willing to part with £45 to buy it!  Had it been a tenner, I might have fallen for it and it would have been shown it right here!
Newer Post Older Post Home