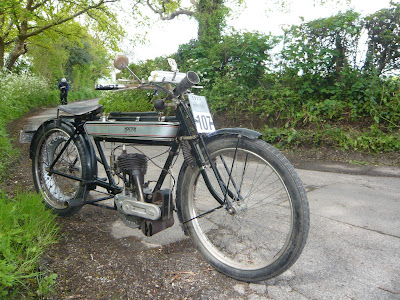 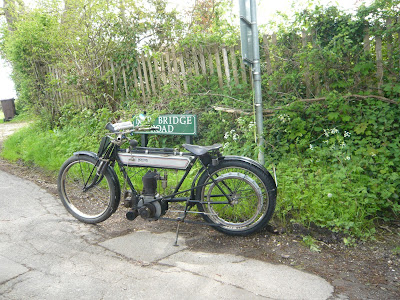 -SG- There aren't that many early Nortons about (and one or two are perhaps not what they are cracked up to be!) but at the VMCC's Banbury Run  this year was the 1910 single speeder that its owner Andrew had brought all the way from Western Australia in order to ride in this and other events while he was in UK. I failed to catch up with Andrew on the day but fortunately Alan was more on the ball and took some photos for me. Andrew provided the interesting fact that this is the Norton restored in the late seventies by former between-the-wars speedway star Eric Langton. Eric retired to Perth, W Australia and died there in 2001 aged 93. As well as being a very good rider in his day,he was also a time-served engineer and the skills learnt as an apprentice in the twenties served him in good stead in his Norton restoration. He wrote a long and interesting article on the subject  for the VMCCWA which can be accessed on line - 'My Unapproachable Norton by Eric Langton'  - which I strongly recommend.
Newer Post Older Post Home