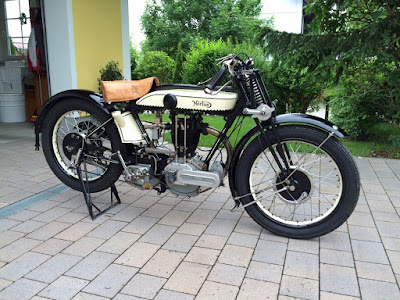 -JdK- Stefan in Austria recently bought this Norton. Stefan: "The former owner told me that the bike was rebuilt in de early 1980´s and when he started the restoration the bike was already painted white" 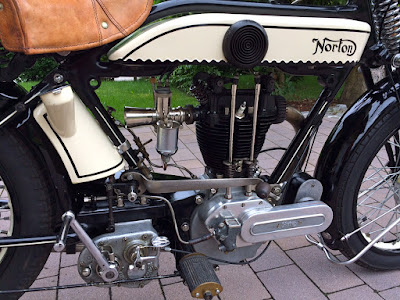 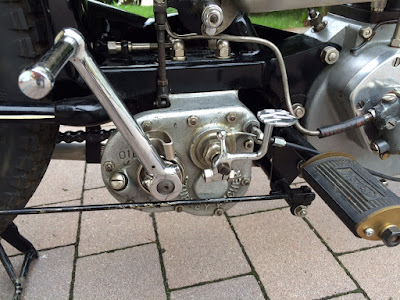 -SG- I have never come across a white or cream coloured Norton. I have checked the records and the numbers match. The bike was a standard Model 18 supplied in April 1928 to Norton's agent in Munich, fitted with magdyno, Brown and Barlow carb., Webb forks and 26 x 3.25 tyres. There is no mention of anything special by way of finish or extra accessories.

As regards the 'foot clutch' I have  seen such an arrangement before. During the twenties one could buy such smalll footpedals with the usual cable arm incorporated, to fit to Sturmey Archer and other boxes.  It was not made by Sturmeys themselves.

There's no accounting for taste and someone, way back, perhaps painted it this colour. The restorer in the eighties also seems to have chromed everything which was originally nickelled but it certainly looks as if it's 'all there.' 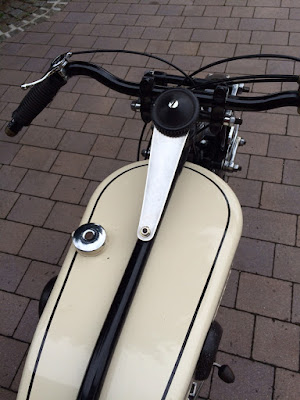 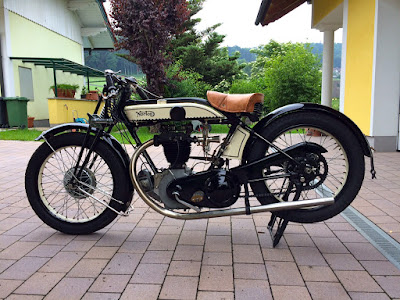