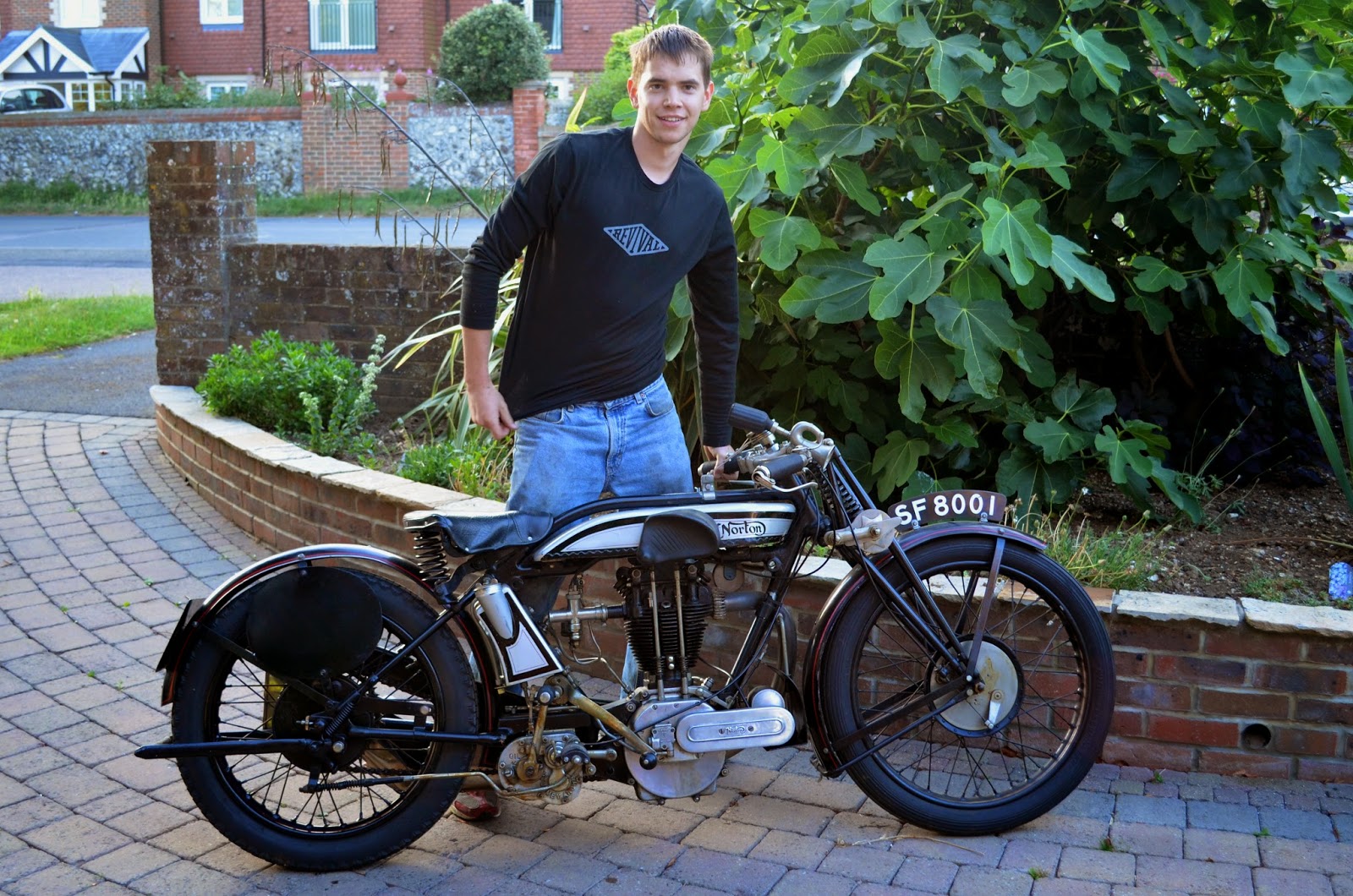 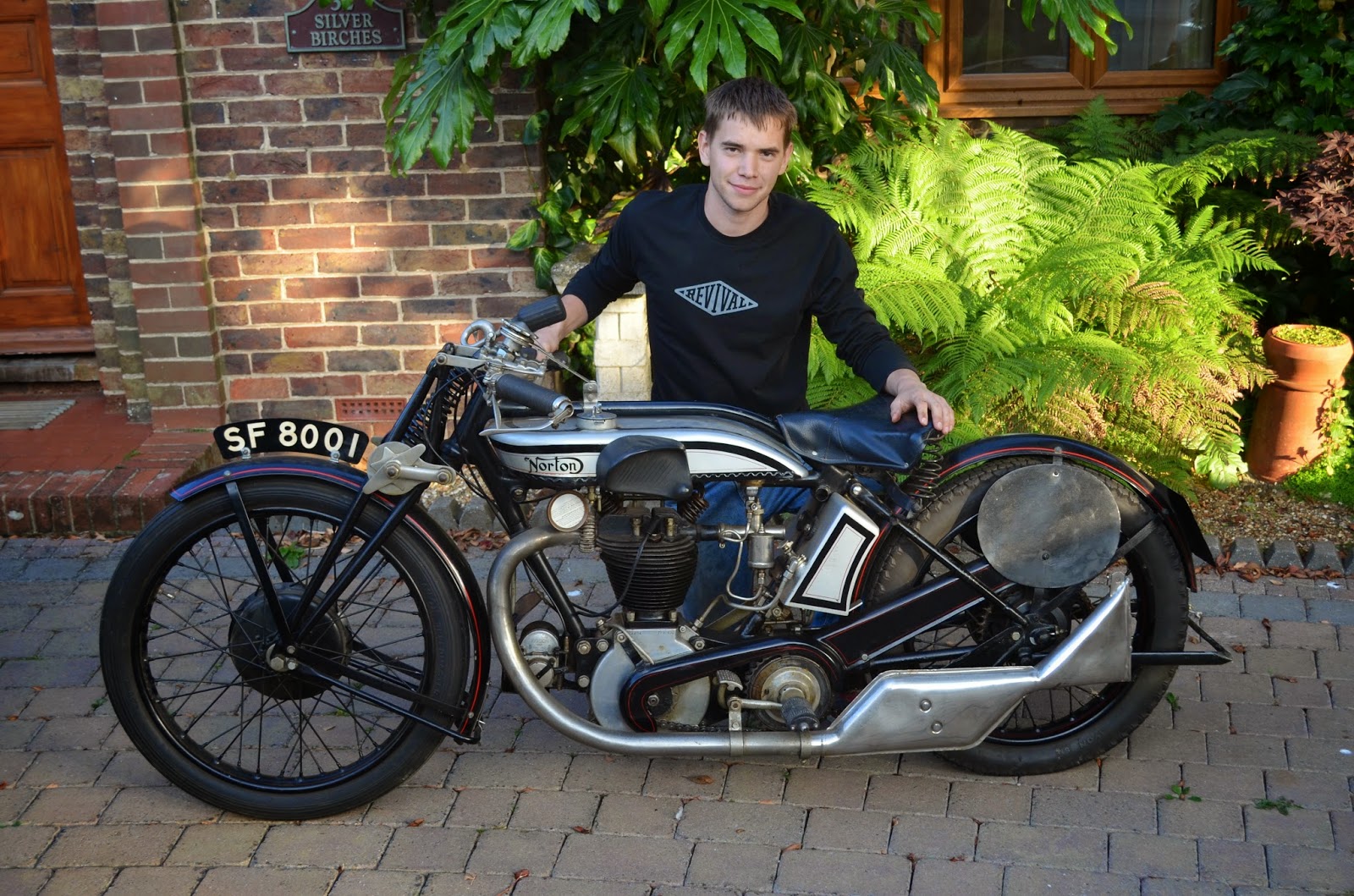 These pics were sent by Alex in the UK. Alex: "I have just been given a Model 18 Norton for Christmas by my Dad. He purchased it around 1970 from a dealer in Liverpool who had received it from a Swiss museum where it was on display as one of Jimmy Simpson's TT machines where it is believed to have raced on The Island in the late 1920s. It has been sat in the back of a shed for around 30 years."

-JdK- Bloody hell, I got a bottle of after shave for Christmas... The story about Simpson and late 1920s TT races may be the usual rubbish by an ill-informed museum staff; it has a Model 18 engine and any flat tank racer would have used a semi dry sump engine in 1927 while works riders would have used a CS1 by then. Still, it is a very nice and rather special machine; the frame has the typical Model 25 wrap around magneto support lug and the lugs for the oiltank on the rear down tube. Further, the forks are heavy weight TT Webbs and the front hub is an 8" Enfield. It may have started life as a Model 25.
Newer Post Older Post Home