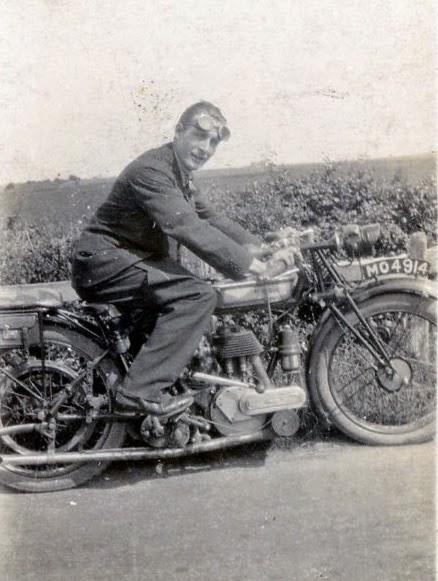 -JdK- Janet sent us these pictures: "The photo above shows my father, Arthur "Cecil" Wright. He was born in 1904 and lived in Ashford, Kent. He won two motorbike trials in the area on his Norton. I have two cups that he won; one inscribed "F & D.M.C & L.C.C 4.11.1928 Wakefield Trial C.Wright" and the second "Iggles Trophy Replica C.Wright 1929". That's him competing in the photo below. 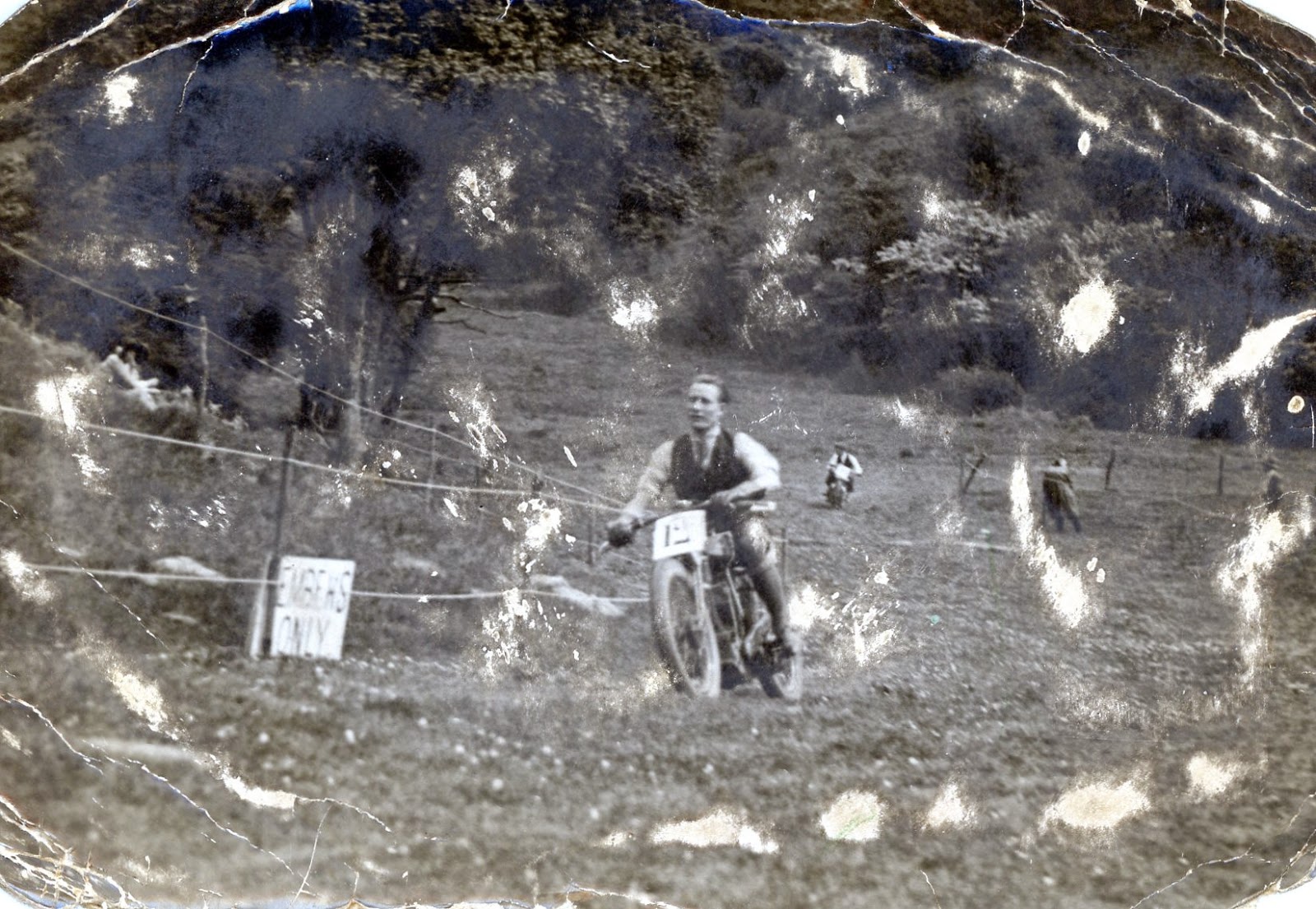 The last photo shows his brother, Douglas, on the Norton with my grandmother on the back. They were living at the Prince of Orange pub in Ashford at the time." 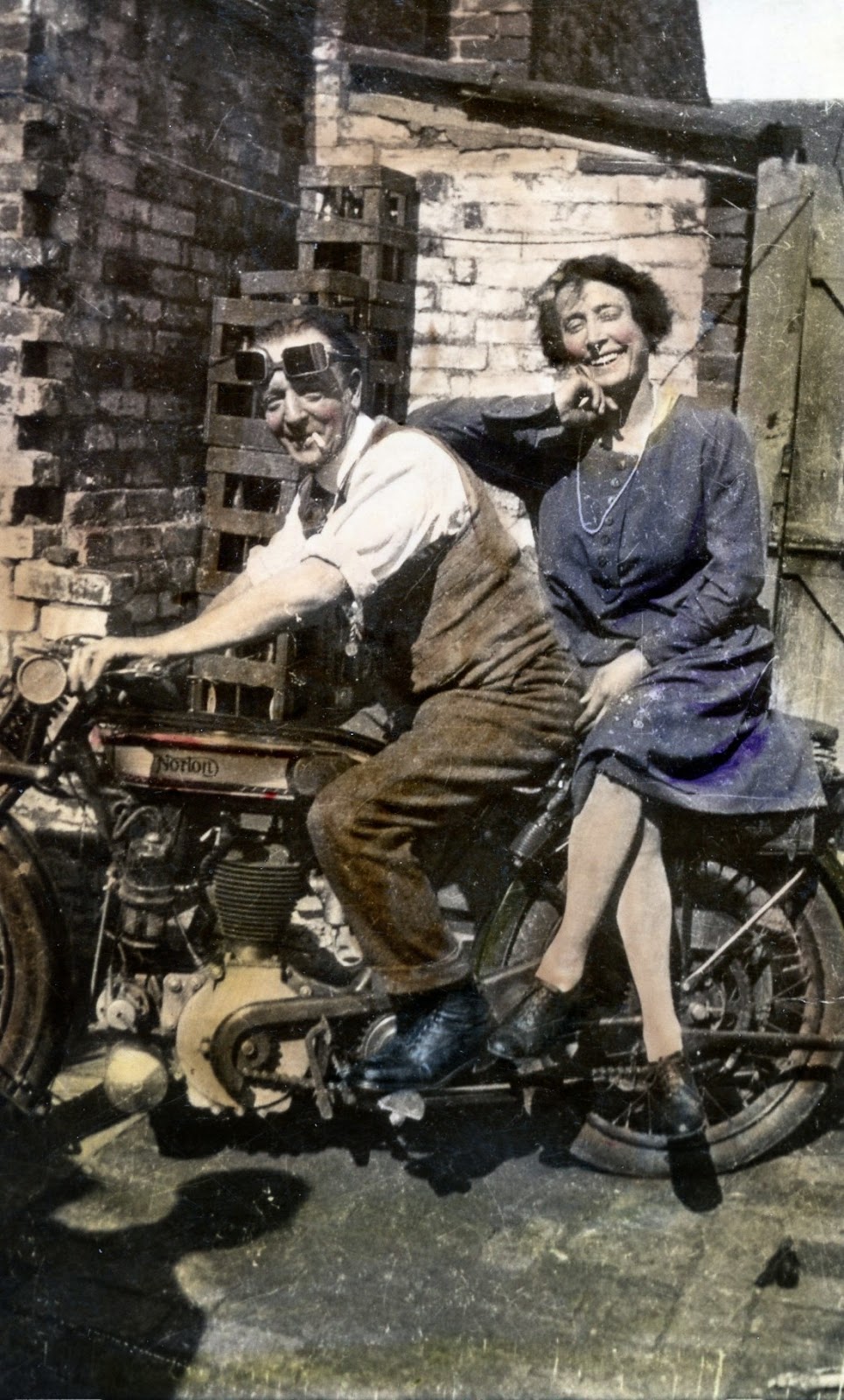 -SG- This is a Model 16H dating from about 1925, and, unusually, it is fitted with Webb front forks - considered more sporting than the Druid forks usually fitted to these models. MO4914 is a Berkshire number, issued issued between May '22 and May '27.

As regards the awards, the first one almost certainly relates to an event organised by the Farnborough and District Motorcycle and Light Car Club - Farnborough Kent being quite close to AshfordI don't know anything about the second one, but again, it was probably related to a local trial.
Newer Post Older Post Home