-JdK- These pictures were sent to us by the present owner of these machines; we've seen quite a few Model 18s but these are very special and amongst the most desirable Nortons that we've ever seen. 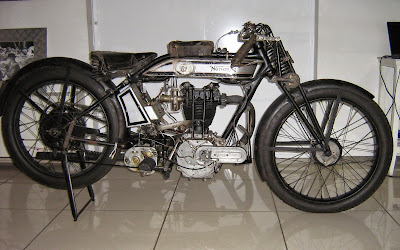 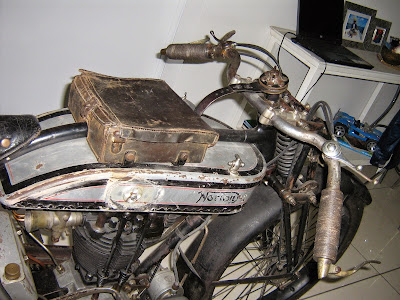 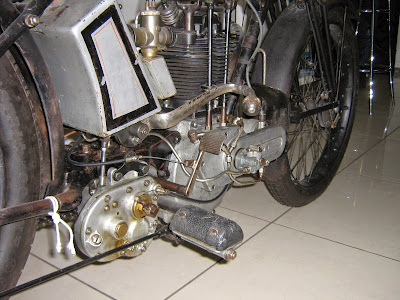 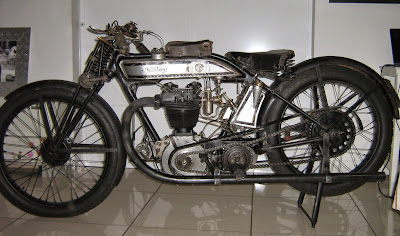 -SG- Both of these bikes look essentially unrestored. Frame xxxxx, above was a special Model 18, one of three, all sent on 22/4/24 to Xxxxx. The absence of an engine number probably means the original crank cases - or the drive side half - have been replaced as a result of damage. The original engine number was xxxxx. The three machines all had Webb forks, 26 x 3 tyres, and special gearboxes, the one on this bike having serial number xxxxx. The carburetter was a Brown and Barlow. Xxxxx ordered quite a lot of machines to a very sporting specification and these three are typical. The column with the 'extras' in it in the works records shows: "Narrow mudguards, no carrier, long exhaust pipe, security bolts to both wheels, foot-oiler, extra large TT petrol and oil tanks with clips brazed to frame, large filler caps, tell-tale on mechanical pump, chain oiler." The rear sprocket has been replaced but otherwise it's very original - straight type rockers as used in '24 and even the oil pump tell-tale is still in place.

Then over to frame xxxxx, engine xxxxx, below; again this was to a special specification - the 'extras' column just says 'TT Spec.' (but see later comments) The carburetter is shown as Brown and Barlow and the tyres as 26 x 3. Forks as Webb (of the latest type). Gearbox is shown as 'special' but no number is given. It was also shipped to Xxxxx, on 6/2/26. 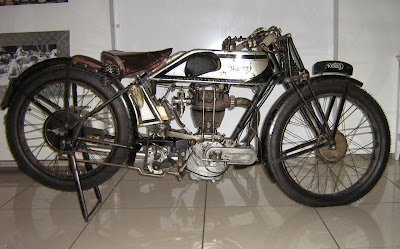 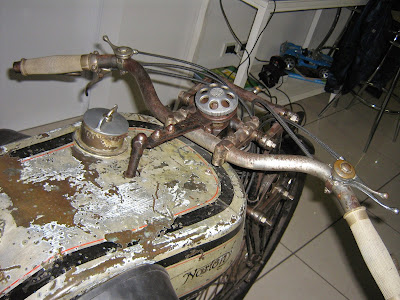 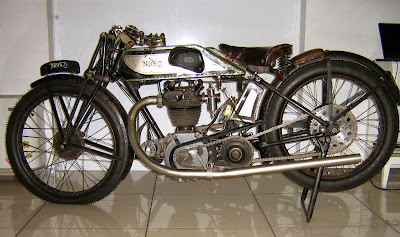 Comments: It is difficult to be specific about 'TT Specification' in February 1926. The tank is very unusual and appears to be the fore-runner of the pannier type tanks used by the works in the 1926 TT.  I would have expected it to have a dry sump engine as these were used in the 1925 TT but it does not. The usual TT extras such as the foot oiler are present and the gearbox appears to be an LS type - again, as used on the TT bikes. A few things have been changed over the years - the rear wheel sprocket looks to have been  re-made. I think the carburetter may also have been changed and the steering damper is incorrect.  None the less it is very original in many respects.
Newer Post Older Post Home