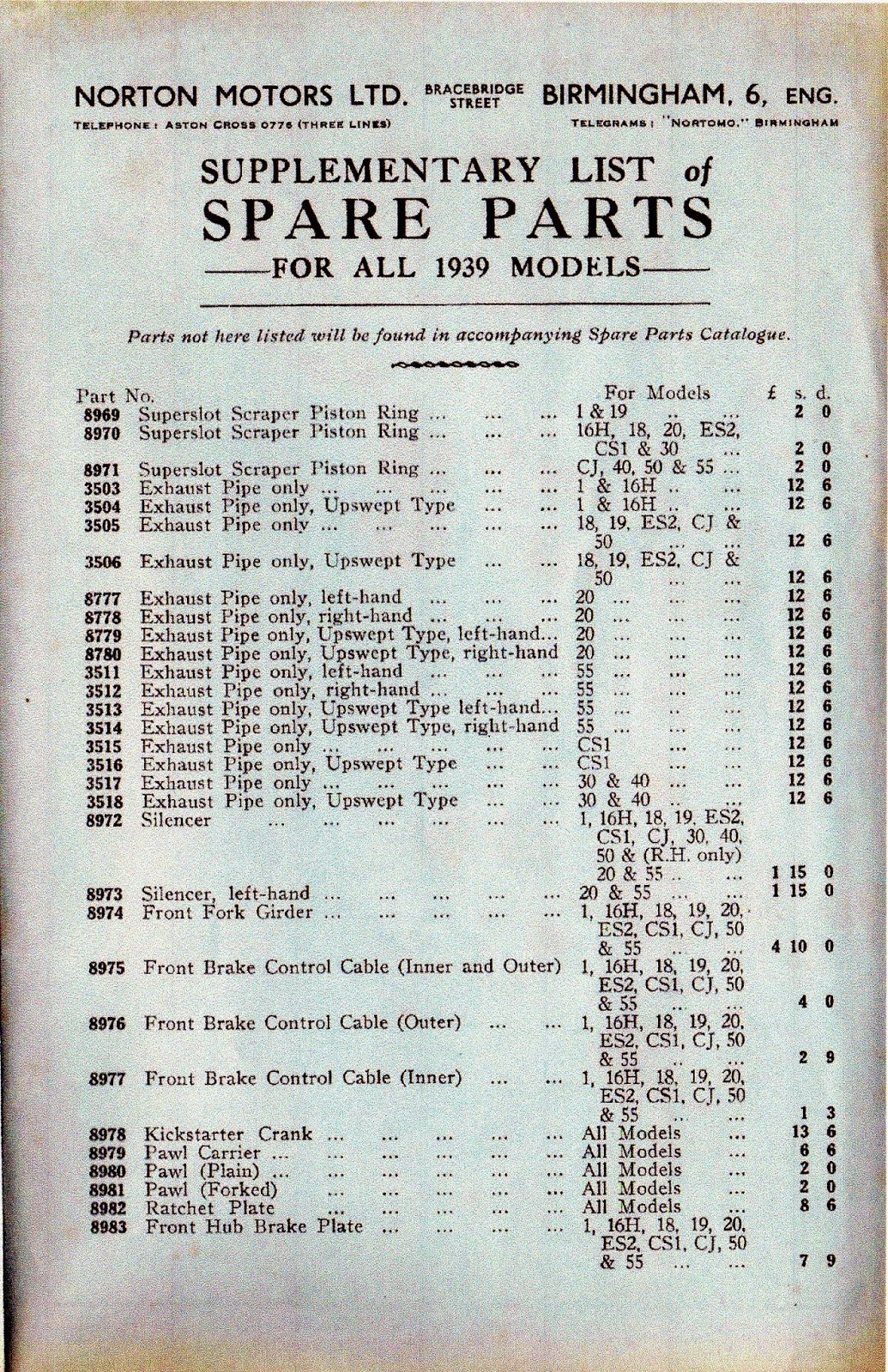 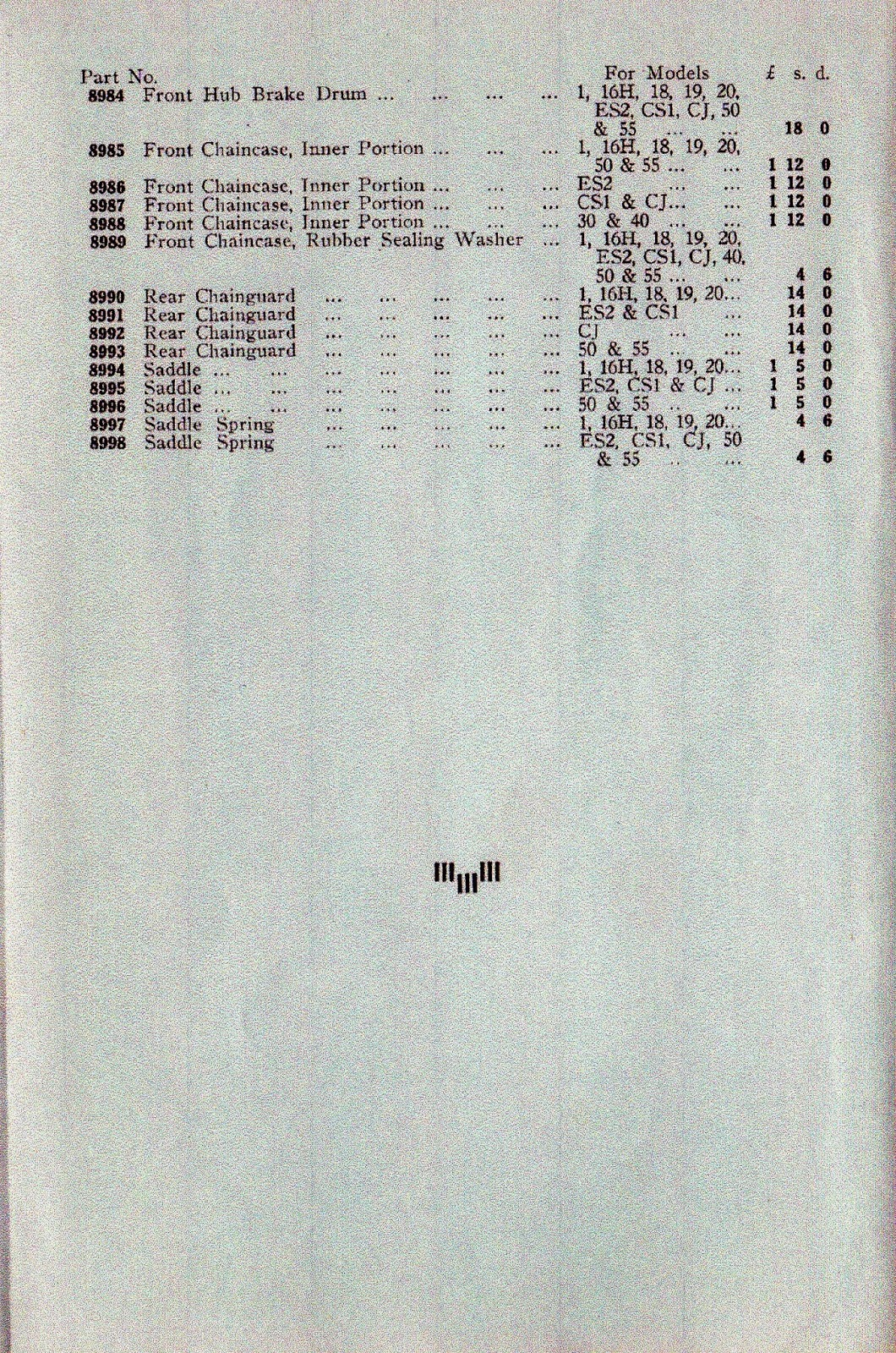 -SG- I recently had the chance of looking at a collection of these lists, bound into a hard-back book by a former motor cycle dealer in New Zealand. No attempt was made to scan any of the contents in case of damage to the book’s binding but it is clear that, for several years during the thirties, if a new list was not printed, then a supplement of up to four pages was - covering changes to the content of the last full list printed.

With one exception, all the main lists show the usual message on the front page of text ‘Covers models after (for example) 1930.’ It is not suggested that the following list of the book’s contents covers all the spares publications issued but it does seem to cover the majority. A question mark hangs over lists for the 350 models for the early part of the decade. If they existed, they are not in this collection.

I have checked with the VMCC and the Norton Owners’ Club and only one supplement has come to light - the 1939 version. A scan of this has been provided by the NOC Librarian, Chris, for which many thanks.
Newer Post Older Post Home