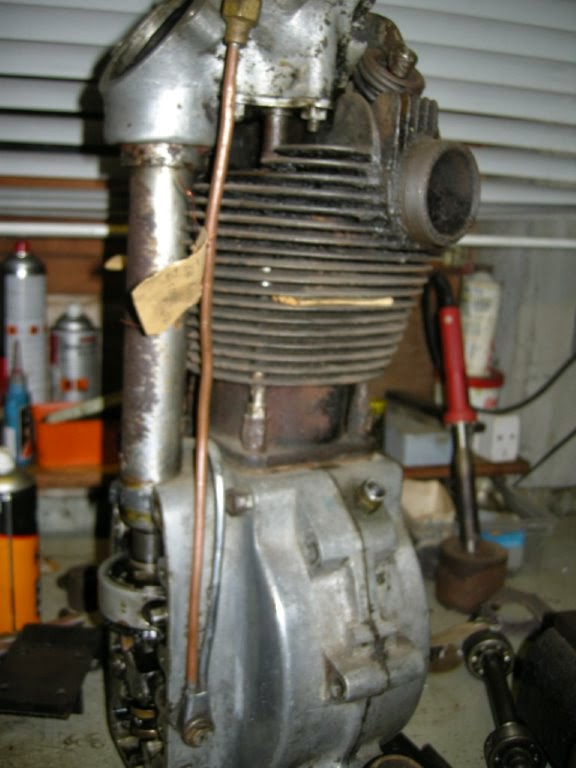 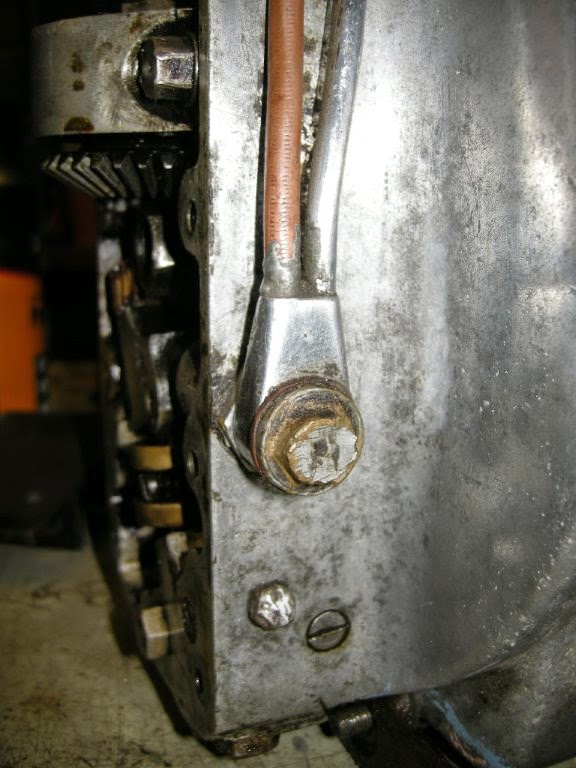 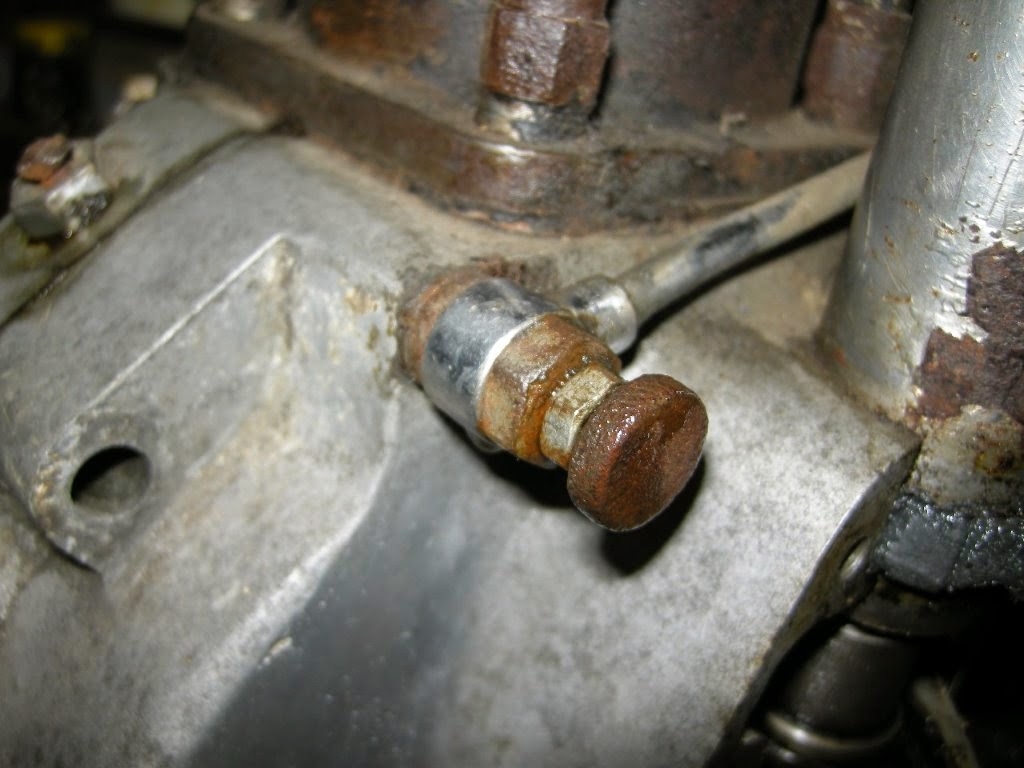 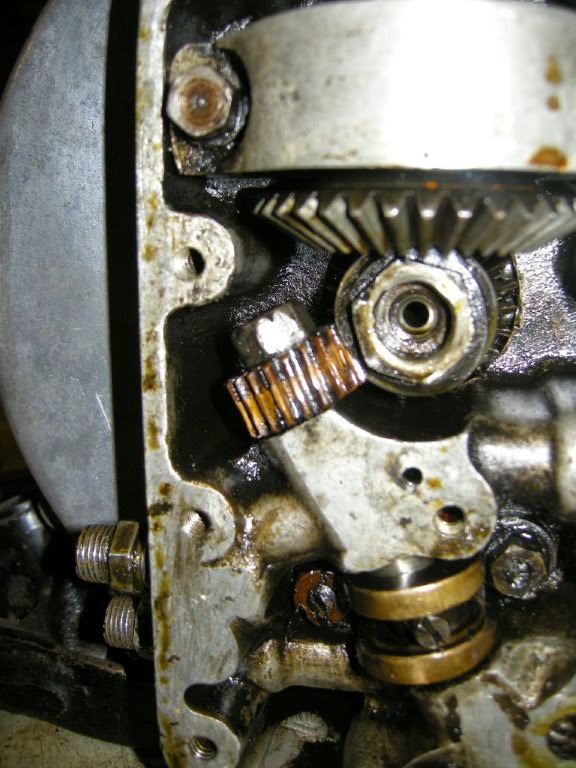 -SG- Those with an interest in the racing versions of the early CS1s will probably have read the two postings about the non-standard racing engine supplied on loan to J H S Gardner in September 1929.  It seems pretty certain that this engine incorporates the changed cylinder head and barrel which resulted in some late season success for the factory. Based on Joe Craig's written comments, these changes were put into effect by him and Arthur Carroll after Walter Moore had departed to NSU.

However, the bottom half alterations of the Gardner unit - with a different oil pump speed, absence of the standard crankcase oil level adjuster knob, and positive oil feed to the barrel base - may date from rather earlier and may perhaps be Moore-inspired alterations. Photos exist of the 1929 works CS1 OF166 (already on the site) and this certainly had no oil level adjuster knob although I cannot make out a barrel feed oil pipe.

The reason for raising this subject yet again is simple: another special engine has come to light in Ireland. This one, with an engine number a bit later than the Gardner unit, formed part of a special spec. machine supplied to Kellys in Dublin but not until May 1930. The all too brief details in the despatch books make no mention of lubrication changes, but state that it was a 1929 version, supplied with a piston for alcohol fuel, TT tanks, TT g/box and clutch, quick-action twist grip, 2.75 ribbed front tyre, and Druid forks with side members. It is my assumption only that the latter may have been the braced enclosed spring Druids, as fitted to Roger's ex Driscoll Brooklands machine, and perhaps the machine was intended for sidecar racing events. Some patient student of Irish racing events in the early thirties might perhaps be able to have a good guess as to who owned it.

This engine has no oil level adjuster knob and the crankshaft worm driving the 22 tooth oil pump gear is three start which I am advised will result in a pump running at about twice the standard speed. Like the Gardner unit, it also has an oil feed to the barrel base but now we can see where it came from (until now this has remained a question mark) - a double outlet banjo on the front of the lower bevel cover, with one pipe going to the cam box as usual and the other going behind the vertical shaft tube to the barrel feed needle valve.

We do not yet know if the crankcase internals are similar to the Gardner engine, but the owner tells me that the top half of the engine appears to be 'normal' CS1 with left hand exhaust port and straight inlet port. As and when further dismantling is carried out, we hope to learn more!
Newer Post Older Post Home