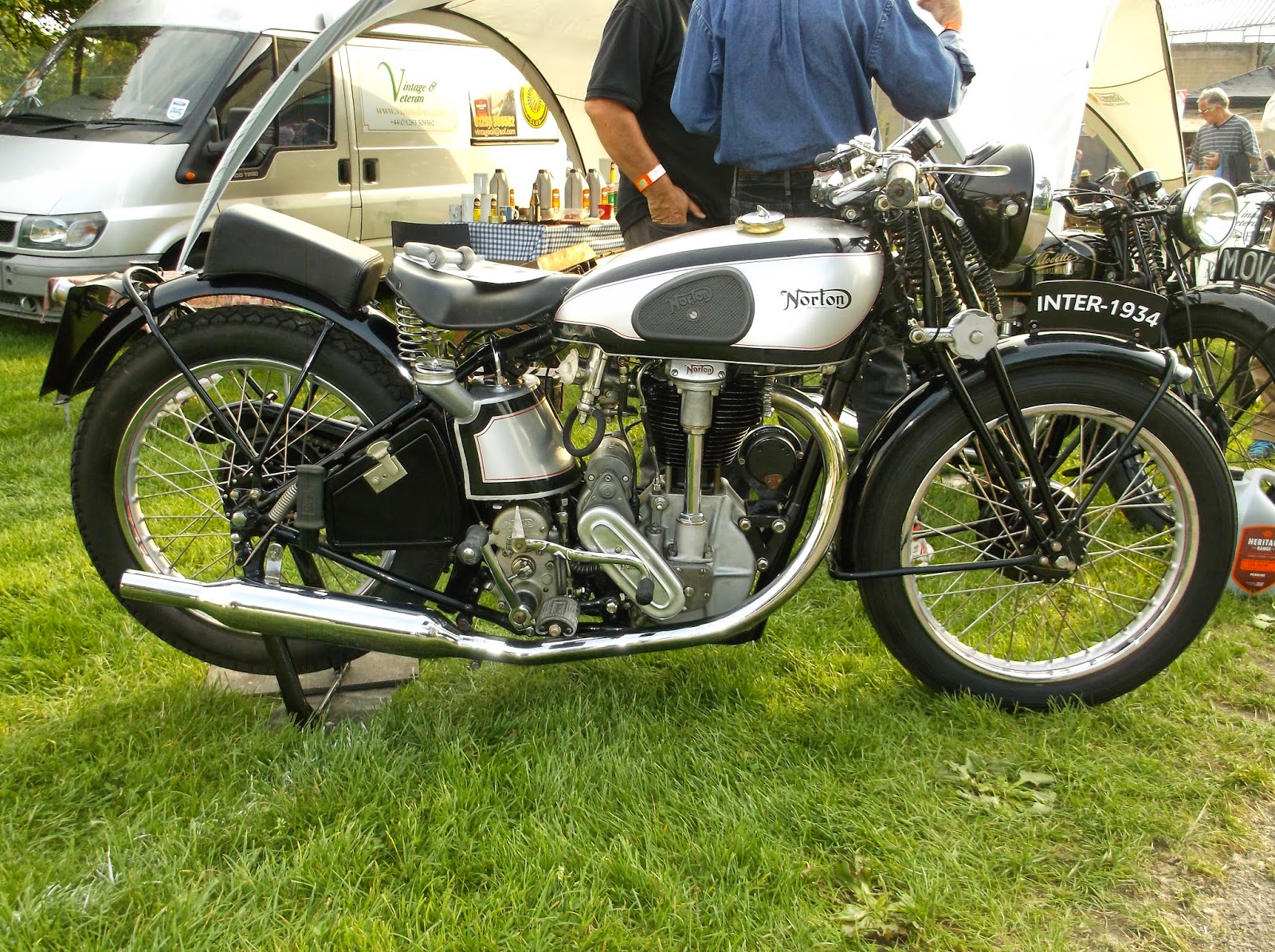 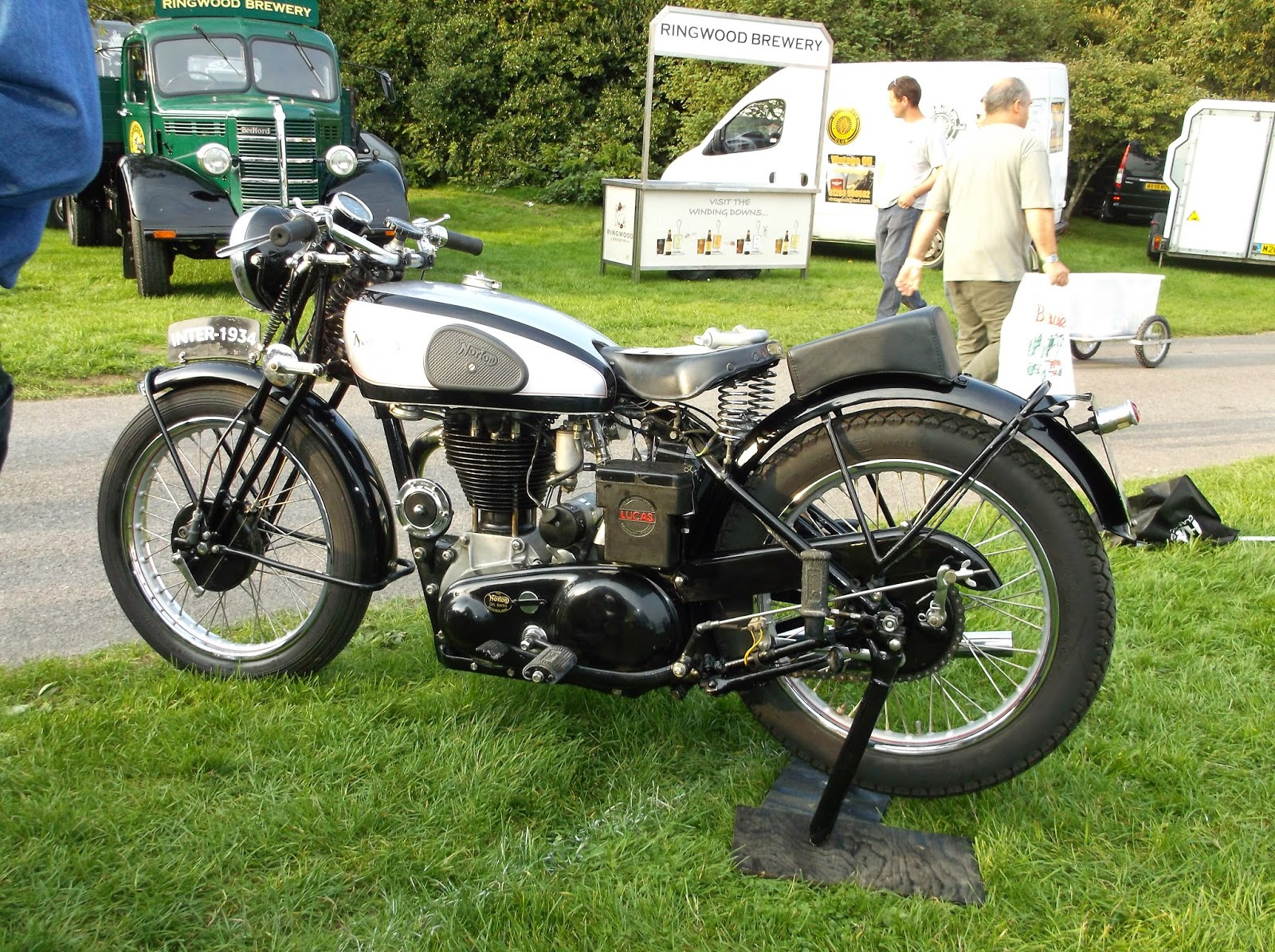 -Richard- While Simon was at the Netley Eurojumble I was a few miles along the road at the Beaulieu motor museum for their auto jumble. In the area for business promotions was a well known motorcycle dealer specialing in vintage and veteran machines SOLD offering a 1934 Norton International for an asking price of £22.500. On close inspection the only original international components seem to be the engine, carburettor and oil tank.

The engine number looks O.K. for 1934 and although the frame could be from the same year (the number was not visible) it is from an ES2. The front forks are WD16H type as is the gearbox and most probaly the wheels. The petrol tank has been fabricated, I guess, without an original to copy as it's contours are more akin to an ES2 with the filler cap on the wrong side and standard petrol taps. The rest of the components are standard range Norton items or propriety parts, such as the rear mudguard stay/lifting handle.

Although the bike looks quite appealing, it would be much enhanced by a more authentic tank, an Andre steering damper and a 21 inch rim with a 300x21 section tyre  and mudguard, all of which are available as new parts. Unfortunately, even with these parts fitted I don't think It would justify the asking price. 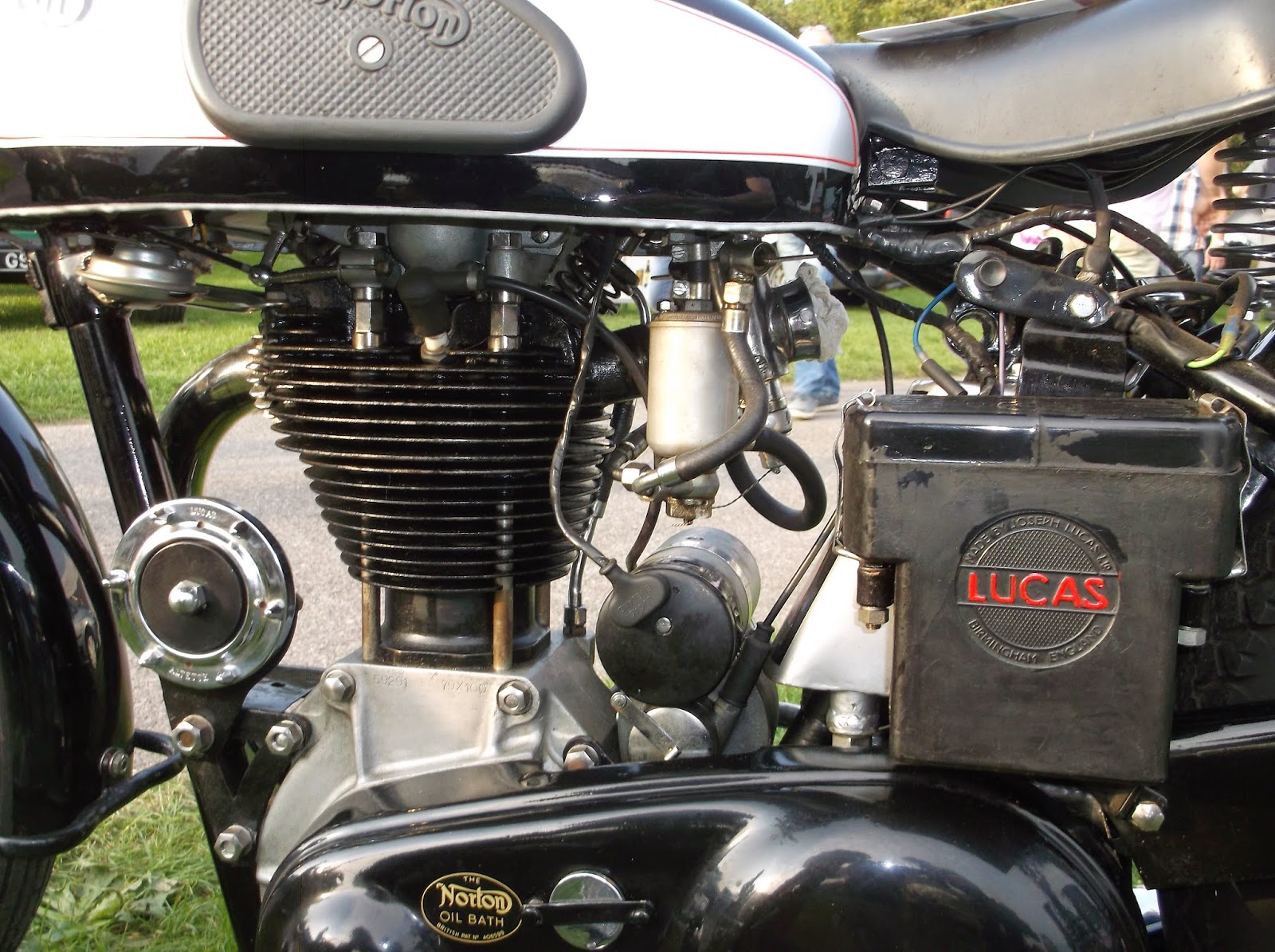