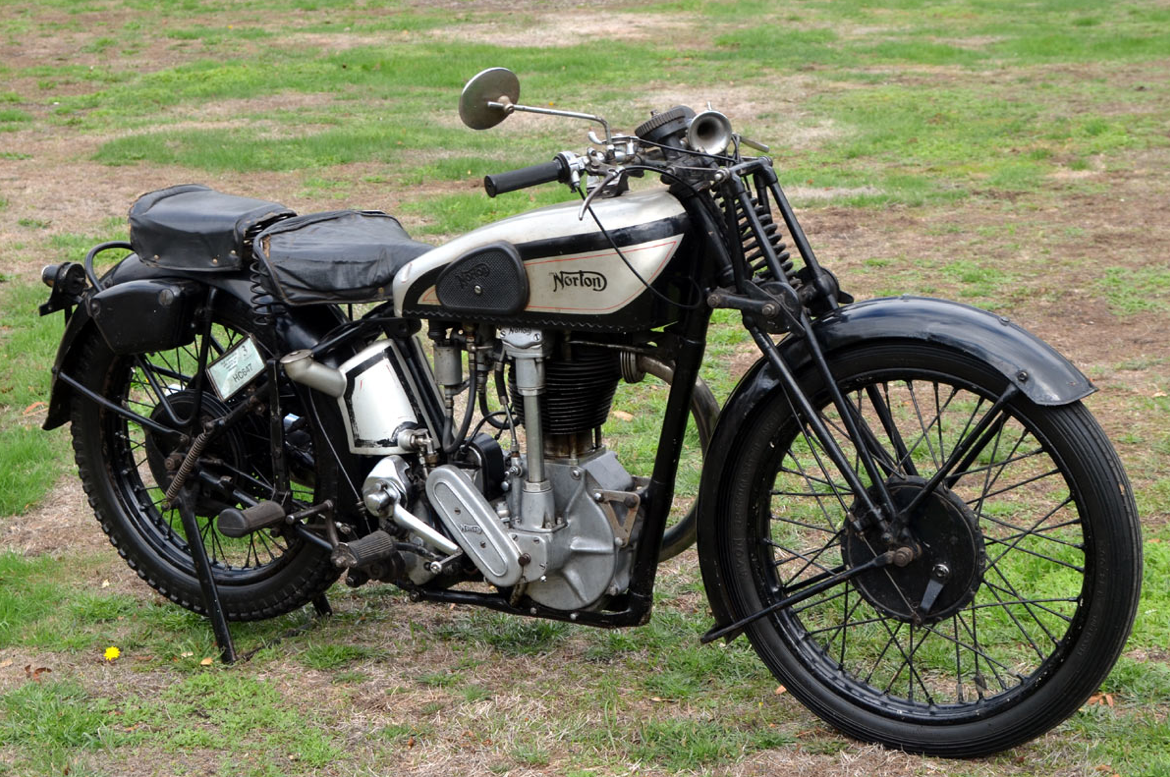 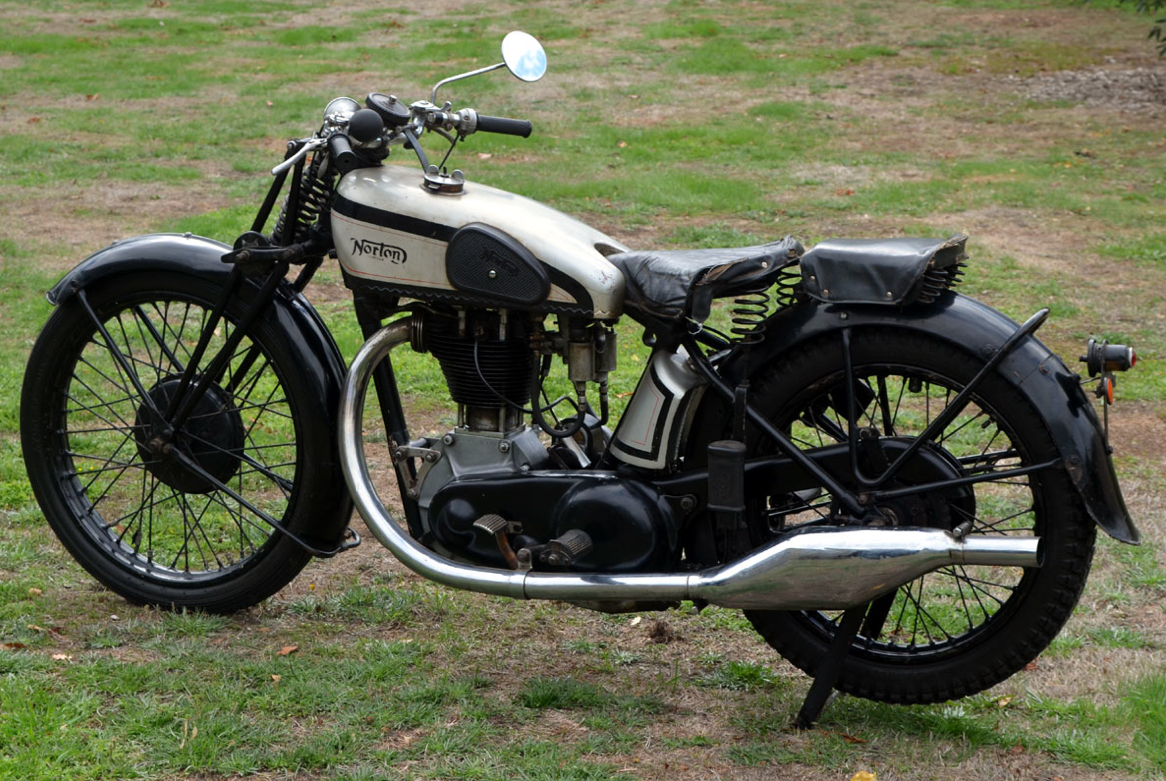 This is a handsome and very usable machine and Leon, (the seller in Australia) writes :

"Time to sell my friend's last-remaining Norton - his favourite - the 1931 CS1.  It has been in continuous use in vintage rallies since the 1960s. As you (www.vintagenorton.com) pointed out when I asked some time back, it is not to original spec at the moment, but many sporty bits are fitted - Lucas racing magneto, Webb fork, twin float carburettor etc.

You may recall that when I enquired about the bike in July last year, you were able to come up with a December 1930 build date, and the original frame number. The bike currently has a somewhat  later two-stay frame with rather indistinct number stamping, but the original frame number you quoted rang some bells. Sure enough, elsewhere in the shed was a seemingly "plunger Inter" frame carrying exactly that number! When examined closely, the "Inter" frame has witness marks on the seat tube where the original centre stays of the three-stay rigid rear end were connected. Other than this the plunger conversion is so expertly executed that, frame number aside, it looks for all the world like a factory job. When I told my friend the story, he looked at me blankly. Now 90, he has owned the bike - and presumably the plunger frame - for more than 50 years but never dreamed that the plunger "Inter" frame was the original frame from his beloved CS1! The original frame will be included in the sale.'

While I know well that these days we tend to prefer original spec. bikes, this is a case where, to me, the non-original features give it more appeal! As shipped it was fitted with a magdyno and Norton's own forks, and I prefer the racing Lucas magneto, the Webbs and Enfield 8 inch (not wildy efficient!) front brake. I note that the LS gear box is fitted with a Sturmey-Archer footchange, too. Another variation from its 'as despatched' state. We are looking for offers around 30,000 Australian Dollars or above (21.000 Euros)"