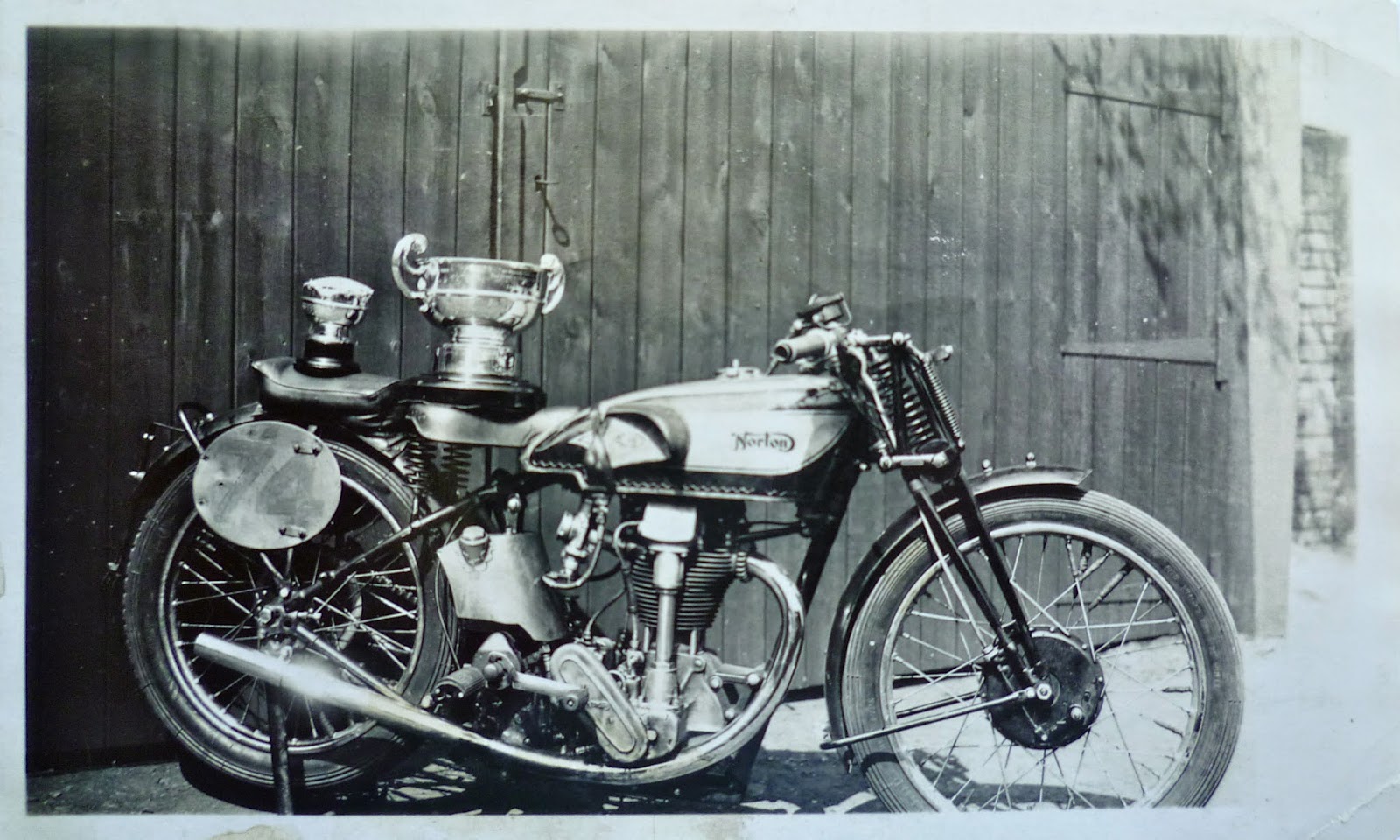 -SG- Arthur Tyler is best known for his successful efforts aboard works Raleighs in the early thirties but a rather special Norton was made available to him which he used at Donington and elsewhere. This appears to have been a 1932 Works bike and as can be seen from the photo provided, it is extremely similar to the machine Woods used at the 1932 Dutch TT. Arthur's son, Stuart, who has kindly provided the photo via Paul Ingham, relates that Arthur Prince, who was Arthur Tyler’s sponsor and a local motorcycle agent, had some pull with Norton’s and met one of the directors at the time to fix Arthur Tyler up with a quick bike. Joe Craig was called to the office and rather to his objection, Arthur Prince secured a factory racer just finished - apparently destined for a rider in Ireland. Arthur Tyler won quite a few races with the Norton including the Craner cup, shown in the photograph, at Donington in 1932. Sometime later Craig recalled the Norton for modifications and Tyler stated it never went as well again!
Newer Post Older Post Home