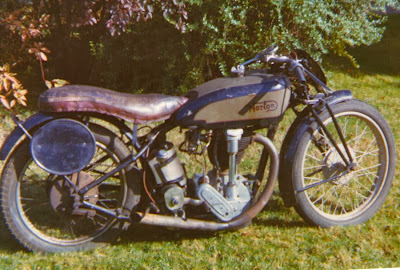 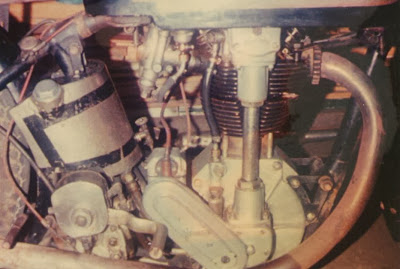 -SG- These two photos from Norman Webb's albums have no indication of when they were taken and simply say 'France ' on the reverse. The seat of the OHC bike looks like a post-war fitment but the Sturmey box, Enfield rear hub, large tanks and two stay frame rather point to a 1931 racing spec CS1.  Does anyone have any ideas about this one?
Newer Post Older Post Home