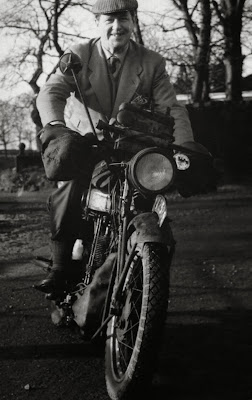 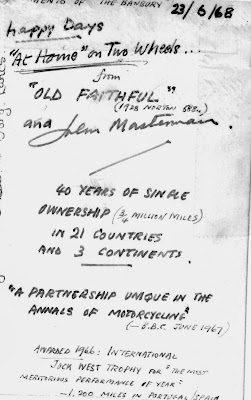 -SG- I suppose it was inevitable that sooner or later, John Masterman's name would crop up on a site dealing with pre-war Nortons. Paul has kindly provided the photo and reverse side (above), showing John and 'Old Faithful' - his 1928 Model 19, owned from new. What he wrote on the back of the photo says it all. The bike ran well but was amazingly scruffy  -  a distinct contrast to his very smart Vintage Bentley. John died several years ago now and left the Norton to VMCC founder 'Titch' Allen in his will but, for some reason, it had by then already been sold. I hope Ken Hallworth, publisher of that admirable magazine 'Old Bike' back in the nineties, will not mind our showing the Alan Johnson article about John which appeared in the Summer 1999 issue. 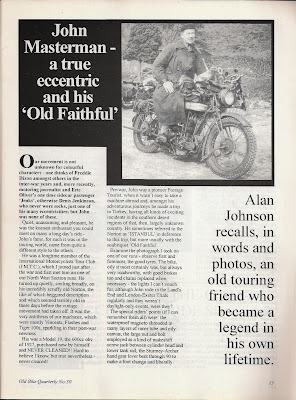 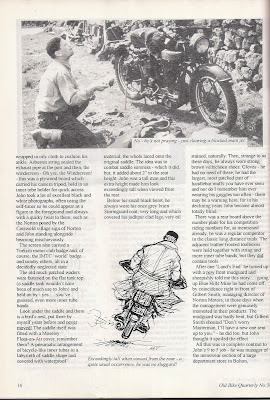 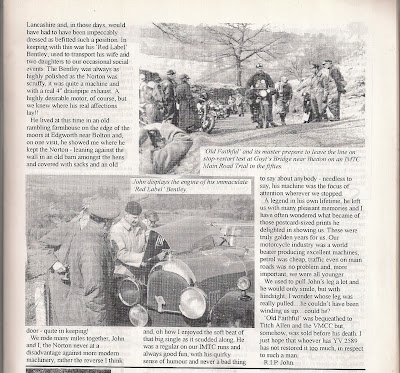 I have been told that - regrettably in my view - the bike was treated to a full cosmetic rebuild by the new owners and doubtless now looks just like any other restored flat-tanker!
Newer Post Older Post Home