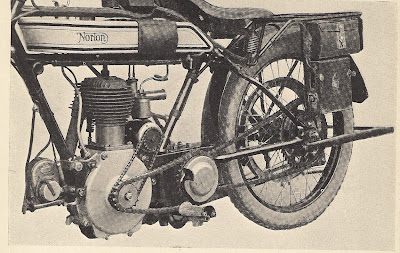 -SG- I have often thought that the Moore CS1 engine was pleasing in appearance from the timing side and a bit of a mix-up on the drive side, with the magneto sprocket threaded onto the mainshaft, and, when the production models appeared, yet another sprocket on the back of the engine sprocket to drive a dynamo if fitted. Perhaps this was where he got his inspiration - it had been done before on an early twenties 16H, but not, I think, by the works!
Newer Post Older Post Home