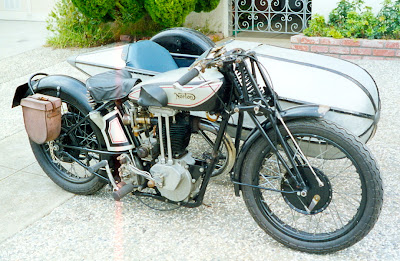 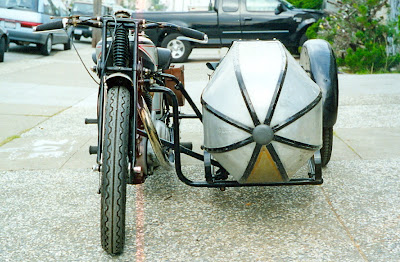 Geoff in the US sent these pics: "I have a 1930 Norton with Milford sidecar. It has a single exhaust port head and 1 3/8" brass TT carb. I don't know what else has been done but it goes like stink! It came from Paul d'Orleans." 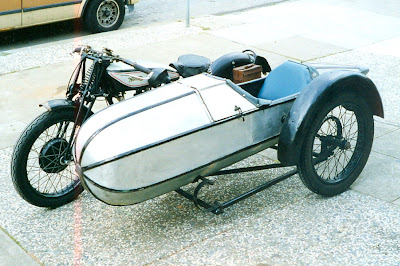 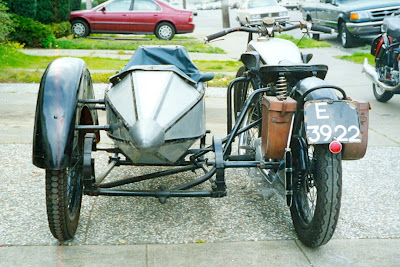 -SG- Have looked up this bike in the records. The engine and frame number both come from the same machine - a 1930 Model 22. This was the twin exhaust port version of the ES2 so it had the cradle frame and TT forks as well as the LS gear box! The original gearbox number was 150520. This particular bike was shipped out fitted with an MDB1 Lucas magdyno and lights and had the non positive stop disc type gear change. It was despatched on 8 July 1930 to a dealer in Wales called Jones in Llangefni.