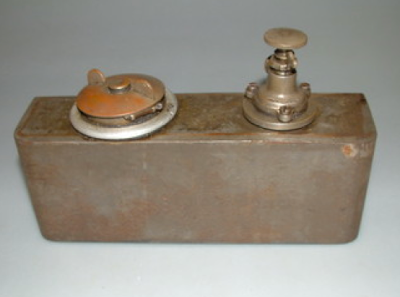 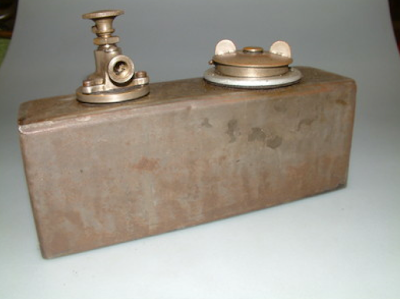 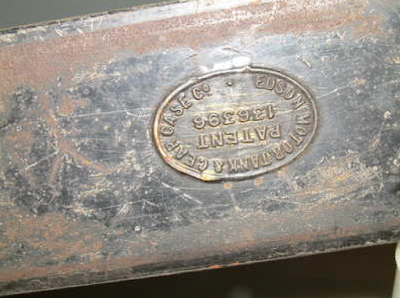 -JdK- Currently on eBay; what is suggested to be a 'Vintage Norton racing auxilliary oil tank'. It looks a bit like the oiltanks fitted to some Model 25s like this one; however, these always seem to have a much smaller and simpler filler cap and not an oilpump; these tanks were used to lubricate the chains and relied on simple drip feed.

-Roger- This patent explains exactly what this tank is. It is a separate tank inserted in a fuel tank as a totally separate tank. It certainly has nothing to do with an additional tank for a Norton - racing or otherwise. Given the extra cost I doubt is many were made and this one looks as though it has been inside a petrol tank as it have very few dents. Given the eBay prices for the cap and oil pump I suspect that it will be taken apart for these components.  Pity really as it is an interesting item in its own right.