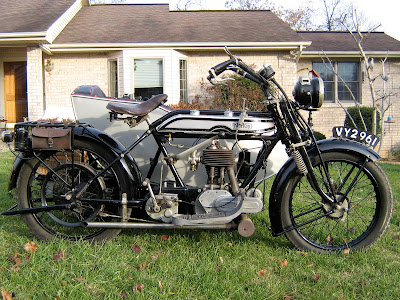 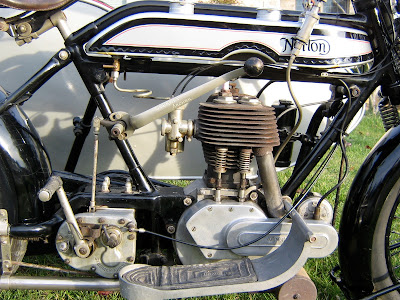 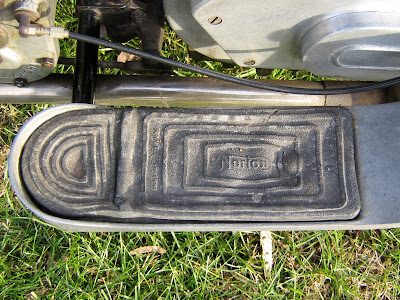 -JdK- Farhan and his father in the US bought this Model Big Four Norton on eBay and they took delivery yesterday. And a very nice motorcycle it is! Farhan thinks the seat - despite a very vintage appearance - may not be entirely correct, who knows more? The registration plate VY2961 would have been issued by York County Borough Council (currently Leeds (York)). 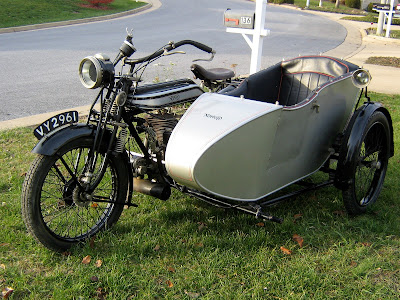 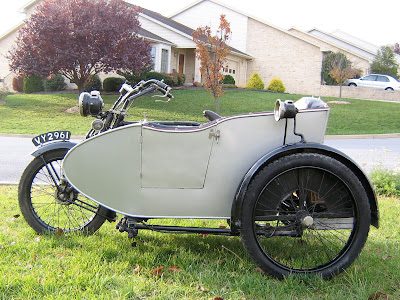 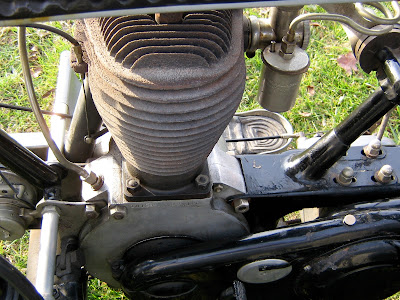 -SG- I have had a look for this one and it's missing from the records. The engine number at the bottom of the page preceding where it should be is 10114, next page starts with 10115 and goes on to 10119.  Then, with no break or indication that anything is missing, the numbers go to 10220.  In other words bikes with engine numbers from 10120 to 10219 are not shown in the records. All the bikes in this section of the records were shipped mid-1924 so it probably is a 1924 Norton. 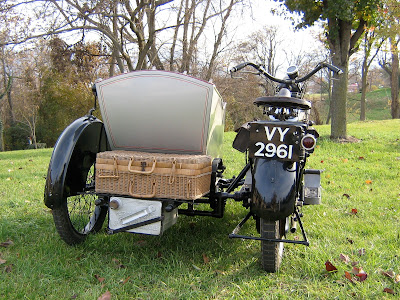 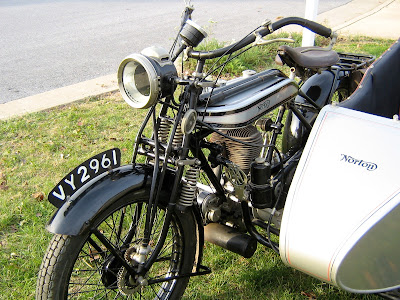