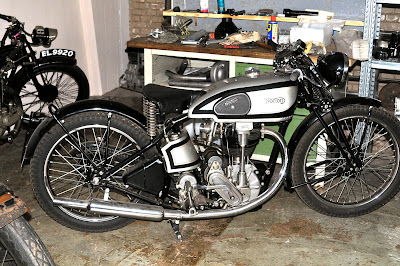 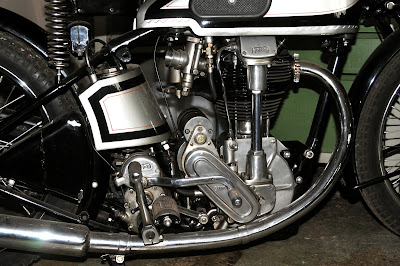 -SG- Christian in Germany recently acquired this 1933 Model 30 Norton. The machine has matching frame and engine numbers and was delivered new to Denmark. Christian would like to have our opinion on the bike. 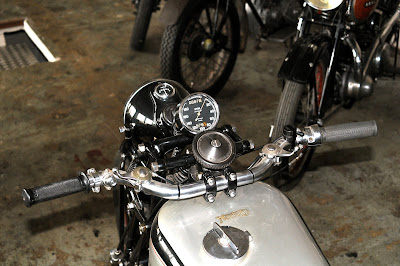 First a few markers regarding Norton International development according to Phil Heath. 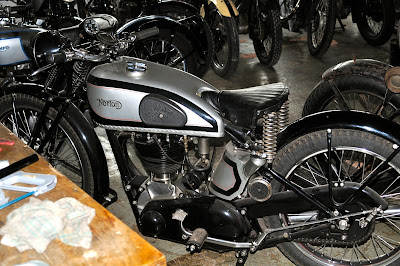 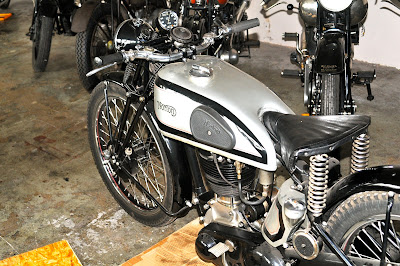 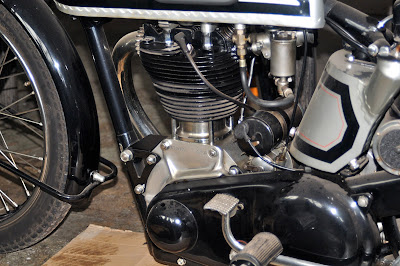 Christian's bike looks very nice but updated. The tank is later and has the later filler cap.  The Andre damper is not anchored to the tank and should be. Also the tank should have George Dance knee grips.  The gearbox is Norton and should be Sturmey-Archer.  The carburetter is 1935 or later - 1933 versions did not - according to my literature - have the outer bellmouth lock ring. The primary chain cover looks to be the correct plain - not oil bath - type as it has quite a large dimple on the front to clear the engine shaft shock absorber which it should and I assume still does have. Not sure the central stand is correct; I thought they came in about 1937.  Coil springs on the head are OK.
Newer Post Older Post Home