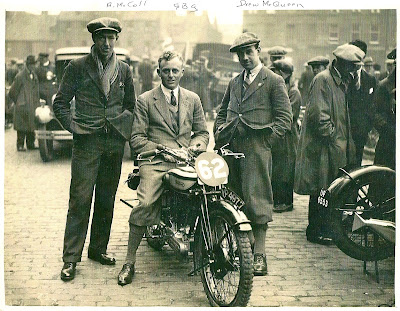 -SG- Here's a photo Peter Roydhouse sent me showing Graham Goodman and his Norton - more or less a 1929 Model 18 of which other photos were taken during the late twenties (like the one below sent by Roger) - with which he was 'Best 500' in the 1930 Scottish 6 Days Trial. The chaps with him, McColl and McQueen were, with Graham, joint winners of the Team Award. Not sure what they rode, but possibly McQueen might have been on a Norton. He was a leading Speedway rider at Edinburgh speedway at about this time and not long after emigrated to the USA taking a 1930 racing spec. CS1 with him. Note the highly polished shoes and generally smart attire! What a scruffy lot we are these days by comparison! 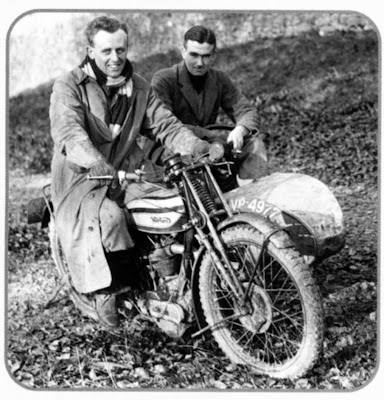