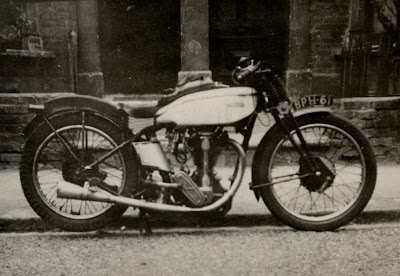 -JdK- An email from Kev in the UK. Attached 2 pictures of a Norton that my father had briefly 1947. The Norton came to my father/grandparents in payment of rent arrears from a lodger - name unknown. It had been previously owned by a TT racer called Appleby. The second photo has my Dad (Johnny Head, 1927-2011) on the machine; this photo is dated 1947 in handwriting on the back; pretty sure both photos are taken in Albert Road, Leyton, London E10. 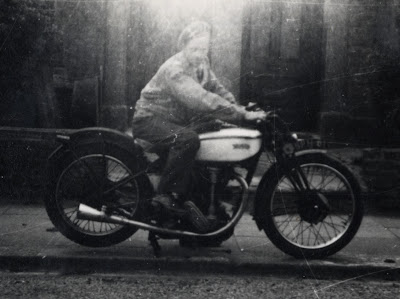