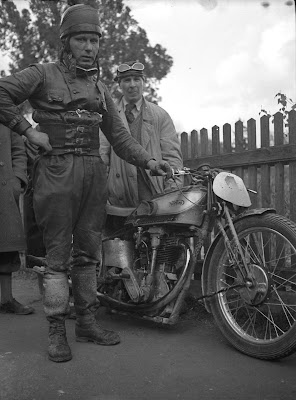 -JdK- These photos show Rudolph Runtsch on his Norton motorcycles. Rudi started racing in the 1920s and was also seen on Douglas, AJS and NSU machines. No match for works riders such as Guthrie, he was quite successful in national events in Austria. The pics above and below were taken at the 1935 "Straßenrennen in der Hinterbrühl" in which he came first.

Interesting photos; the 4-speed Sturmey Archer box suggests a c1934 Model 30. Note the chromium plating of the rims and brake anchor plate. Further, the George Dance kneegrips have been cut in half. 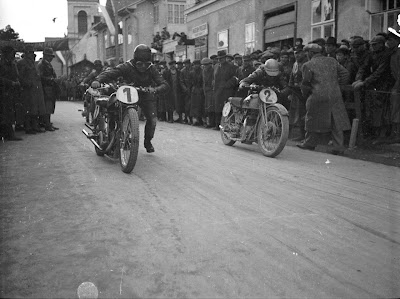 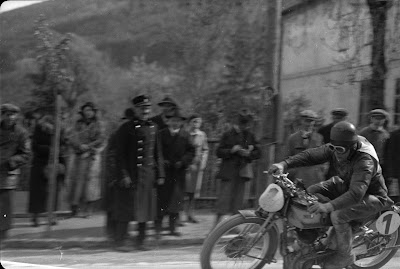 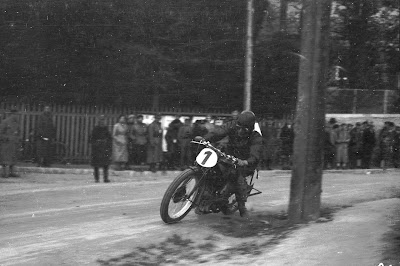 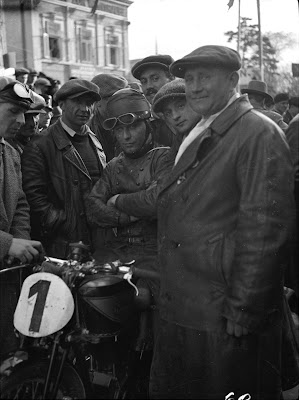 The photos below were taken in 1950 and show Rudi still racing a girder-forked Model 30 International. Rudolph died at the age of 50 from a kidney disease that he may have got from racing unsprung motorcycles over terrible road surfaces. (Pics courtesy Technisches Museum Wien) 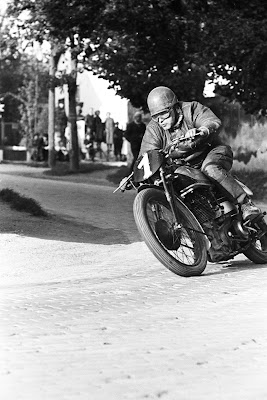 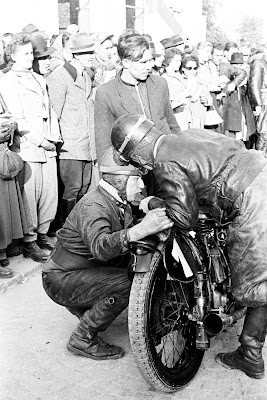 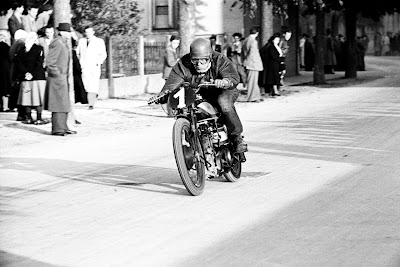