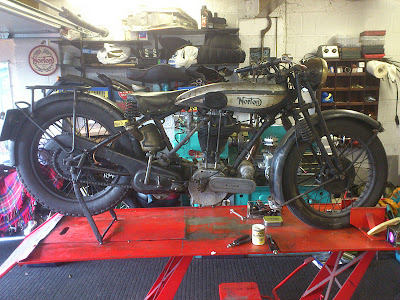 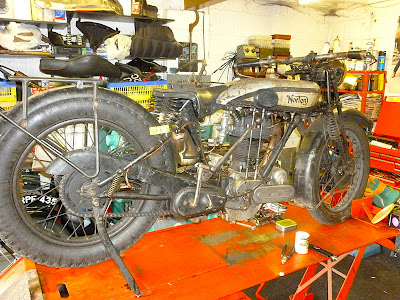 An email from Lawrence in the UK: "This is my 1929 Model 24. I have had the bike for a couple of years now. When I got it, it was mostly complete although in a very worn out state, the last owner having used it extensively till it's lay up in his shed in about 1977. The owner before that found me at the Banbury run, he filled me in on it's earlier history as he owned it from about 1960. 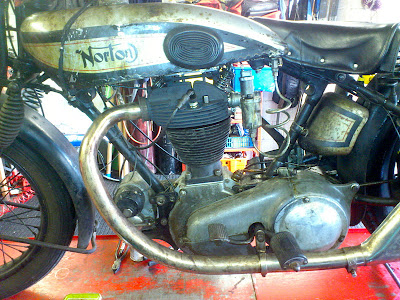 Despite it's oily rag state it has had an engine overhaul by Dr George who has been more than helpful with a lot of info and also some difficult but essential parts (thanks also to Chris Streather of the NOC for getting the kick start gears made). There is not one nut, bolt or bearing that has not been refurbished or replaced. Almost all is original except for the later carb (anyone got a 1 1/4" stub Amal type 6 at less than a king's ransom) and exhaust. I don't plan a full on cosmetic restoration as I like to use it almost daily...when it's not in bits!" 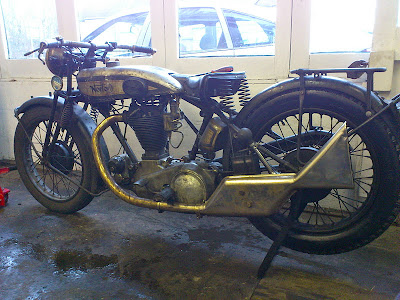 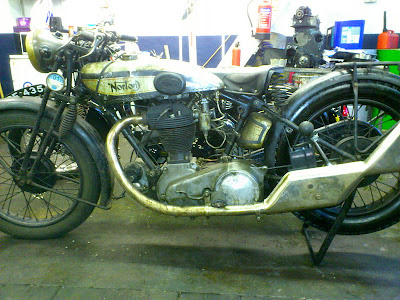