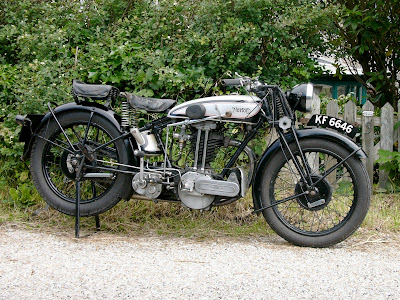 John in the UK sent these pics of his 1930 Model 18, enquiring about whether it could be correct that it is a 1930 Norton delivered to a customer as late as August 1931. 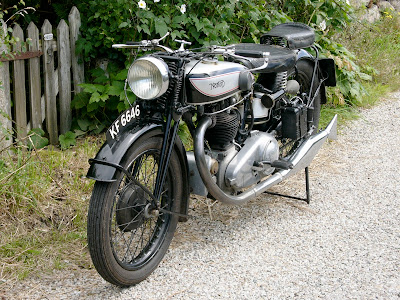 -SG- According to the works records it was despatched  29/8/31. The dealer was MotorMyles of Richmond (Surrey) and no final customer name is shown. It was not atall unusual for 1930 Models to be shipped in 1931 - a result of the depression - and all the Model 18s above and below this particular entry are also 1930 Models shipped out in '31. As expected they are all equipped with 1931 Norton forks rather than Webbs and the fork number in this case was 3383.  This is usually stamped on the lower bridge.  Fitting rebound spring links and dampers from a later model was probably a good idea bearing in mind the lack of adjustment of the dampers on the standard 1931 forks, which I have rabbitted on about before!
Newer Post Older Post Home