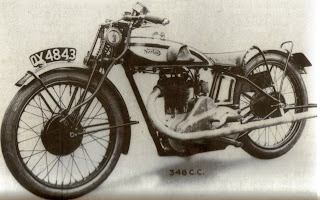 Martin: "The Birmingham OX registration series was first issued in July 1927, and it ran until July 1928 when the VP series started, which also ran for about a year. The JE is unlikely to have been registered much later than late 1927, as most registrations were made around the time of the motorcycle shows, and then again at the start of the better weather in March and April."
Newer Post Older Post Home